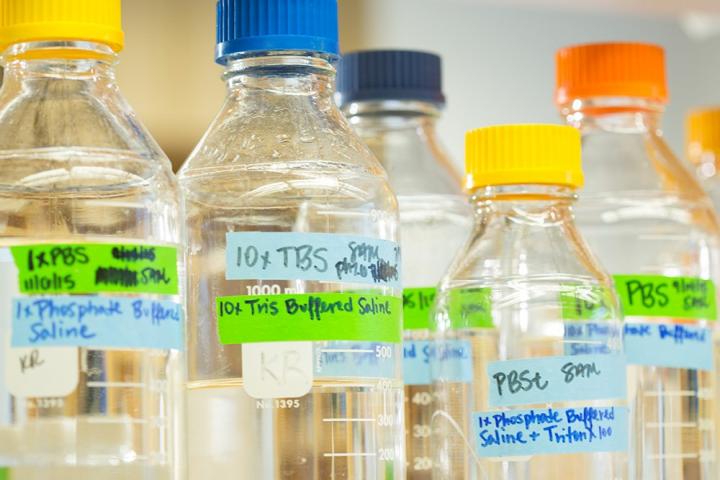 The National Institute of Mental Health has awarded a $13.5 million grant to a team of McLean Hospital investigators to support their research into stress chemicals and circuits in the brain

The National Institute of Mental Health (NIMH) has awarded a $13.5 million grant to a team of McLean Hospital investigators to support their research into stress chemicals and circuits in the brain. According to Bill Carlezon, PhD, chief of McLean’s Basic Neuroscience Division and one of the lead researchers, the Silvio O. Conte Center for Translational Mental Health Research at McLean Hospital will investigate “the ways in which stress re-wires the brain and causes persistent changes in sleep and circadian rhythms, and how these changes contribute to psychiatric illnesses such as depression and PTSD (post-traumatic stress disorder).”

Carlezon said the researchers will “treat sleep as a hub for this work because sleep disturbances are especially prominent in stress disorders.” According to McLean’s Chief Scientific Officer Kerry J. Ressler, MD, PhD, another leader of the program, “Stress and anxiety disorders are exceptionally difficult to treat, and symptoms such as sleep disruption often become a source of other debilitating medical conditions.” For example, people with PTSD often have nightmares that keep them awake, and problems with sleep can lead to other serious physical and mental health issues, including those that are caused by the use of drugs and alcohol in attempts to facilitate sleep.

Through the center, researchers will examine “stress peptides,” which are brain chemicals that regulate the body’s responses to stress. The work includes molecular-to-behavioral analyses using animal models, humans, and human brains donated for research. “The center is designed to give us not only new brain targets for medication development, but also a basis for identifying areas that will improve our ability to accurately diagnose these conditions and see when treatments are working,” said Carlezon.

The grant, which is the largest ever received by McLean, will run for five years, allowing McLean to bring together researchers from across the institution who had been working separately on projects related to stress and the brain factors that regulate it. “This grant enables us to come together as a large team and combine our efforts,” said Carlezon. Building on McLean’s long-standing commitment to translational research, the grant creates a formal framework for team members to “be in regular communication and better understand each other’s experiments,” he said. “It makes rapid feedback and dynamic interaction much easier.”

Assisting these efforts will be students from McLean and beyond. “The grant provides us with funds to award our own mini-grants to researchers within the McLean and Harvard systems and to develop programs where we can better support early career investigators,” Carlezon said.

Moreover, the grant facilitates routine interactions between McLean researchers and undergraduates from a network of local colleges with strong neuroscience programs, including Amherst College, Bates College, Bowdoin College, Colby College, and Regis College. Carlezon said that this element of the grant will allow McLean researchers to create a “pipeline for young investigators to become involved in the work while seeding enthusiasm for brain research across New England.”

McLean Hospital has a continuous commitment to put people first in patient care, innovation and discovery, and shared knowledge related to mental health. In 2017 and 2018, it was named the #1 hospital for psychiatric care in the United States by U.S. News & World Report. McLean Hospital is the largest psychiatric affiliate of Harvard Medical School and a member of Partners HealthCare. For more information, please visit mcleanhospital.org or follow us on Facebook or Twitter.