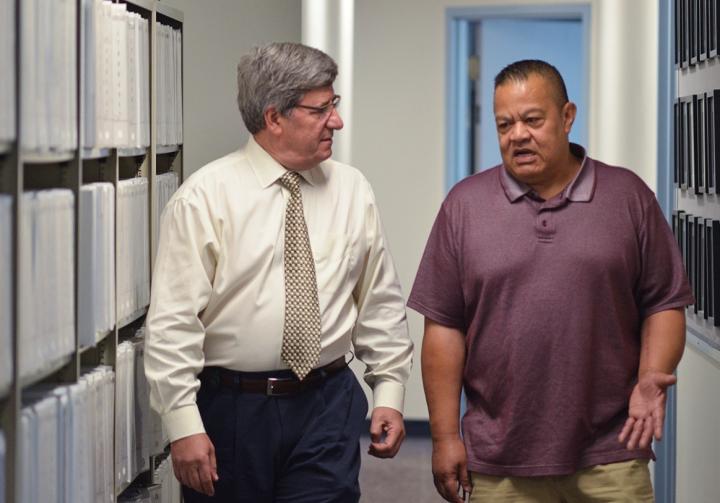 A set of clinical trials examining youth and adults with type 2 diabetes or impaired glucose tolerance has found that disease progression in adults slowed during medical treatment but resumed after treatment stopped. Youth on the same treatment had markedly poorer outcomes with continued disease progression both during and after the treatment. This research, funded by the National Institute of Diabetes and Digestive and Kidney Diseases (NIDDK), was published June 9 in the journals Diabetes and Diabetes Care and presented at the American Diabetes Association Scientific Sessions in San Francisco. NIDDK is part of the National Institutes of Health.

The Restoring Insulin Secretion (RISE) Adult and Pediatric Medication Studies compared the use of different treatments among adults aged 20-65 and youth aged 10-19 with impaired glucose tolerance or early onset type 2 diabetes with the aim of preserving beta cell function – key to the body’s ability to make and release insulin.

In the adult study, participants were randomly assigned to receive either long-acting insulin (glargine) for three months followed by nine months of metformin, the drug liraglutide in combination with metformin for 12 months, metformin alone for 12 months, or a placebo. Researchers wanted to see whether early aggressive treatment could have a lasting effect on slowing or stopping the decline of beta cell function that occurs in people with type 2 diabetes. Participants were monitored for three additional months after treatments ended.

Results showed that adult participants had improvements in beta cell function and blood glucose control while on the treatments, with those in the liraglutide plus metformin group showing the most improvement after 12 months. However, these improvements did not persist among any of the groups after treatment ended.

“The RISE medication studies show that these treatments for type 2 diabetes do not make lasting changes to beta cells,” said study chair Dr. Steven Kahn from the Veteran’s Affairs Puget Sound Health Care System and University of Washington School of Medicine. “For adults, we saw that the treatment options were equally effective while people were actively on them – but people need to stay on treatment to maintain the benefits.”

In a companion paper, findings from the adult study were compared to those from the RISE Pediatric Medication Study published in 2018, which showed that beta cell function declined in the two youth treatment groups during active treatment, and worsened after treatment ended.

The RISE Adult and Pediatric Medication Studies were designed together to enable direct comparison of the effect of treatment on youth and adults. The youth study compared the use of three months of insulin glargine followed by metformin for nine months to metformin alone for 12 months. Insulin glargine and metformin are the only U.S. Food and Drug Administration-approved medications for youth with type 2 diabetes.

“Though the medications’ effectiveness for adults while on treatment is reassuring, the poor results for youth in the study, both during and after treatment, underscore the continued urgent need for new approaches to prevent and treat type 2 diabetes in youth, since the disease progresses more rapidly given the same treatment as adults,” said Dr. Ellen Leschek, a study author and the NIDDK project scientist for RISE.

This close comparison between adults and youth receiving the same type 2 diabetes treatments supports earlier research suggesting the disease is more aggressive in youth than adults, and points to new areas of research that may help explain why.

Learn more about RISE at http://www.risestudy.org.

The NIDDK, part of the NIH, conducts and supports basic and clinical research and research training on some of the most common, severe, and disabling conditions affecting Americans. The Institute’s research interests include diabetes and other endocrine and metabolic diseases; digestive diseases, nutrition, and obesity; and kidney, urologic, and hematologic diseases. For more information, visit http://www.niddk.nih.gov.

About the National Institutes of Health (NIH): NIH, the nation’s medical research agency, includes 27 Institutes and Centers and is a component of the U.S. Department of Health and Human Services. NIH is the primary federal agency conducting and supporting basic, clinical, and translational medical research, and is investigating the causes, treatments, and cures for both common and rare diseases. For more information about NIH and its programs, visit http://www.nih.gov.