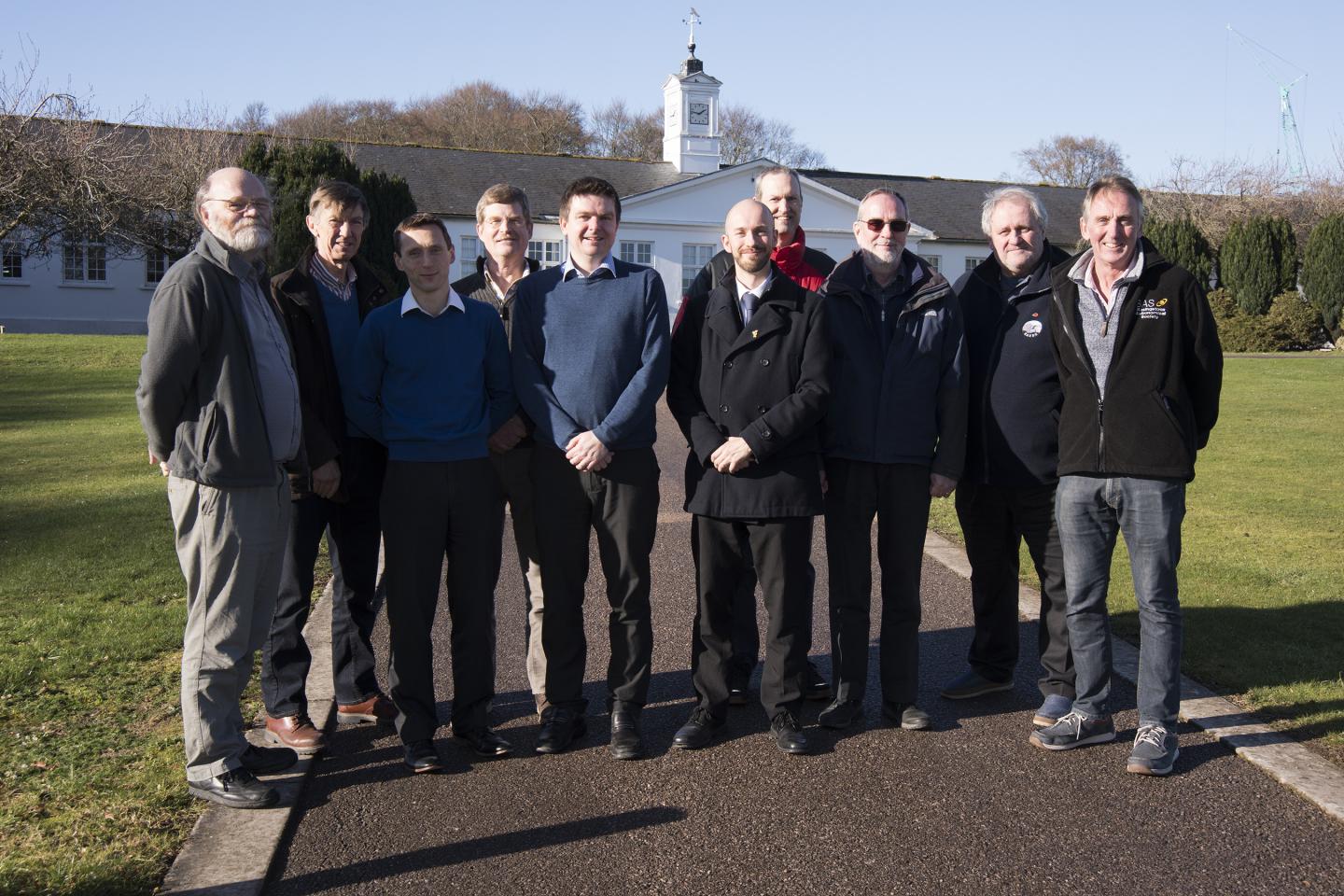 Heavy traffic is commonplace on Earth but now congestion is becoming an increasing problem in space. With over 22,000 artificial satellites in orbit it is essential to keep track of their positions in order to avoid unexpected collisions. Amateur astronomers from the Basingstoke Astronomical Society have been helping the Ministry of Defence explore what is possible using high-end consumer equipment to track objects in space.

Grant Privett, of the Defence Science and Technology Laboratory (Dstl), will talk about this surprising collaboration on Thursday 4th July at the Royal Astronomical Society’s National Astronomy Meeting in Lancaster.

When the Basingstoke Astronomy Society (BAS) heard about Dstl’s Space Programme they were keen to find ways that they could help. Dstl’s team came up with an idea that would help them to find out whether a low-cost distributed network of cameras could make a worthwhile contribution to the future UK space situational awareness effort.

The amateur astronomers used commercially available telescopes, tripod-mounted DSLR cameras and low-light cameras to record images of satellites such as the International Space Station, Cryosat, and Remove Debris. By collecting accurate time stamps for the images, Dstl were then able to process the data and compare expected orbits to the data provided by the astronomers.

Dstl were pleased to find that for low Earth orbit satellites, down to about the size of a kitchen freezer, small aperture prosumer level lenses and cooled CCDs similar to those used by amateur astronomers, are capable of monitoring their positions and maintaining a reasonably accurate orbit.

“The accuracy of the exposure timing is absolutely critical, and requires some attention to detail” explains Privett, “the BAS astronomers were very good and clearly highly talented so together we formed a good team”.

“We found there are no obvious impediments to using commercially available kit to provide small component of a more capable and diverse system for monitoring space, where satellites of importance to UK communications, economy, and defence operate”.

The ability of such a relatively low-cost and deployable approach to data gathering is being examined to ensure Dstl can provide the best possible guidance and advice to UK Government in its future procurements. The full technical results from the collaboration will be published later this year.

Media representatives are cordially invited to attend the meeting and can register at no cost. Press room facilities will be available in Faraday Seminar Room 2 for the duration of the conference – from 0900 BST on Monday 1 July to 1500 BST on Thursday 4 July. For free registration for the meeting, please contact the press team via nam-press@ras.ac.uk

Scientists at the conference are also available for interview via both a radio studio and TV studio at Lancaster University; the Globelynx TV network offers broadcast quality HD video to the world’s leading broadcasters and an ISDN line for interviews in a radio booth.

Member of Basingstoke Astronomical Society has his eyes on the sky. Credit (required): Dstl

An example of a satellite moving across the sky. Credit (required): Dstl

Members of the Basingstoke Astronomical Society and Dstl at Porton Down Credit (required): Dstl

Grant Privett will present the lessons learned from the Dstl/BAS partnership at the RAS National Astronomy Meeting in Lancaster on Thursday, 4 July 2019. Technical results of this work will be released in a paper at the AMOSTECH conference in Maui in September.

The RAS National Astronomy Meeting (NAM 2019) is taking place at the University of Lancaster from 30 June to 4 July 2019. It includes the annual meetings of the UK Solar Physics (UKSP) and Magnetosphere Ionosphere Solar-Terrestrial (MIST) groups. The conference is principally sponsored by the Royal Astronomical Society (RAS), the Science and Technology Facilities Council (STFC) and Lancaster University. Full details are visible on the dedicated conference website https://nam2019.org/. Access credentials for embargoed press materials are available on request from the NAM press team via nam-press@ras.ac.uk.

About the Royal Astronomical Society

The Royal Astronomical Society (RAS, http://www.ras.ac.uk), founded in 1820, encourages and promotes the study of astronomy, solar-system science, geophysics and closely related branches of science. The RAS organises scientific meetings, publishes international research and review journals, recognizes outstanding achievements by the award of medals and prizes, maintains an extensive library, supports education through grants and outreach activities and represents UK astronomy nationally and internationally. Its more than 4,000 members (Fellows), a third based overseas, include scientific researchers in universities, observatories and laboratories as well as historians of astronomy and others.

About the Science and Technology Facilities Council

The Science and Technology Facilities Council is part of UK Research and Innovation – the UK body which works in partnership with universities, research organisations, businesses, charities, and government to create the best possible environment for research and innovation to flourish. STFC funds and supports research in particle and nuclear physics, astronomy, gravitational research and astrophysics, and space science and also operates a network of five national laboratories as well as supporting UK research at a number of international research facilities including CERN, FERMILAB and the ESO telescopes in Chile. STFC is keeping the UK at the forefront of international science and has a broad science portfolio and works with the academic and industrial communities to share its expertise in materials science, space and ground-based astronomy technologies, laser science, microelectronics, wafer scale manufacturing, particle and nuclear physics, alternative energy production, radio communications and radar.

STFC’s Astronomy and Space Science programme provides support for a wide range of facilities, research groups and individuals in order to investigate some of the highest priority questions in astrophysics, cosmology and solar system science. STFC’s astronomy and space science programme is delivered through grant funding for research activities, and also through support of technical activities at STFC’s UK Astronomy Technology Centre and RAL Space at the Rutherford Appleton Laboratory. STFC also supports UK astronomy through the international European Southern Observatory.

Lancaster is a research-intensive university which combines world-class research with excellent teaching and high levels of student satisfaction.

Its 6th-place ranking in The Times and The Sunday Times Good University Guide 2019, as well as the award of the coveted University of the Year title for 2018, cements its place as an elite UK university.