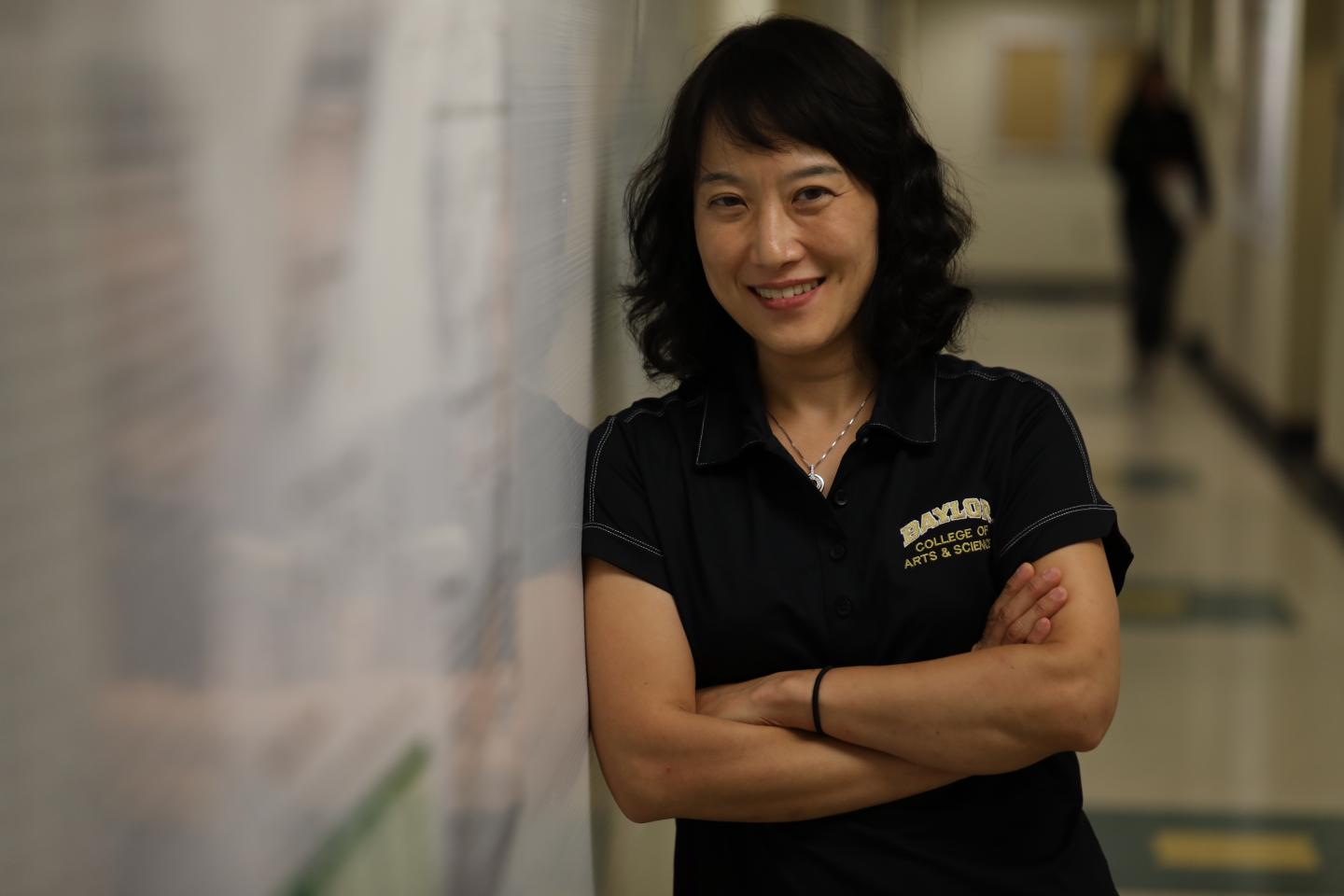 A team led by a Baylor University researcher has published a breakthrough article that provides a better understanding of the dynamic process by which sunlight-induced DNA damage is recognized by the molecular repair machinery in cells as needing repair.

Ultraviolet light from the sun is a ubiquitous carcinogen that can inflict structural damage to the cellular DNA. As DNA carries important blueprints for cellular functions, failure in removing and restoring damaged parts of DNA in a timely fashion can have detrimental outcomes and lead to skin cancers in humans, said lead author Jung-Hyun Min, Ph.D., associate professor of chemistry and biochemistry in Baylor’s College of Arts & Sciences.

Min and her team showed how the repair protein Rad4/XPC would bind to one such UV-induced DNA damage–6-4 photoproduct — to mark the damaged site along the DNA in preparation for the rest of the nucleotide excision repair (NER) process in cells.

The study — “Structure and mechanism of pyrimidine-pyrimidone (6-4) photoproduct recognition by the Rad4/XPC nucleotide excision repair complex” — is published in the journal Nucleic Acids Research (NAR) as a “breakthrough article.”

Breakthrough articles present high-impact studies answering long-standing questions in the field of nucleic acids research and/or opening new areas and mechanistic hypotheses for investigation. They are the very best papers published at NAR, constituting 1 to 2 percent of those received by the journal.

UV light threatens the integrity of the genome by generating cellular DNA damage known as intra-strand crosslink damage, Min said. Two major types of these lesions are cyclobutane pyrimidine dimer (CPD), which makes up about 70 percent of such damage; and 6-4 photoproduct (6-4PP), which constitutes about 30 percent.

The cellular DNA repair system (NER), which is responsible for clearing these lesions, works much faster for 6-4PP than CPD, Min said. This is because a DNA damage-sensing protein (called Rad4/XPC) that initiates NER is more efficient at recognizing 6-4PP than it is at recognizing CPD.

Once a lesion is bound by Rad4/XPC, it can be removed by the NER pathway. NER works in all organisms, ranging from yeast to humans. How the Rad4/XPC protein recognizes the lesions and what leads to the differences in the recognition efficiencies remains unclear, Min said.

The team first determined a 3D structure of Rad4 protein bound to a DNA substrate containing a 6-4PP lesion, using a technique called X-ray crystallography. The structure showed that the proteins flips outward the portions of the DNA containing the 6-4PP and thus “opens” up the DNA double helix. This was accompanied by severe untwisting and bending of the DNA strands.

However, it was not the damaged portion of the DNA that the protein directly contacted, Min said.

Instead, the protein bound specifically to the healthy bits of the DNA opposite the lesion. This shows that the protein could in principle bind to the CPD as well as other environmentally induced DNA lesions that are known to be recognized by Rad4/XPC. But it could not directly explain why the recognition efficiencies among the lesions may be different.

To address this, Min then collaborated with Suse Broyde, Ph.D., at New York University and used molecular dynamics to computationally simulate the process by which Rad4 initially may latch on to the DNA containing either 6-4PP or CPD.

The simulation studies showed that the protein readily engages with 6-4PP to untwist, bend and partly “open” the DNA at the lesion site. But remarkably, the CPD-containing DNA resisted the untwisting and bending that was readily happening with 6-4PP.

Altogether, the team was able to assemble a 3-D molecular trajectory that depict the key steps during the DNA “opening” carried out by Rad4/XPC and unveiled the reasons behind the different recognition of 6-4PP and CPD.

Min believes the discovery of these mechanics of nucleotide excision repair could provide benefits beyond understanding UV-induced damage, as NER also is an important pathway that repairs much of environmentally induced DNA damage — including that caused by industrial pollutants, cigarette smoke and even some chemotherapeutic drugs.

“The hallmark of NER is that it repairs a very broad range of DNA damage. That is quite important in terms of how our genomes are protected from environmentally caused DNA damage,” Min said.

“While it has been known for many decades that this Rad4/XPC protein can recognize 6-4PP very efficiently, there has been no structure to show how it really binds to the lesion and why the recognition is so efficient compared with lesions such as CPD,” she said. “Basically, our study nicely fills this missing gap and details what that mechanism must be.”

While this research showed how Rad4/XPC can bind to the damage in a DNA duplex, it is still unknown how the protein can find such damage if it is on DNA that is compactly organized as it does in cells (called chromatin).

Min said most DNA in chromatin are spooled around proteins called histones and how Rad4/XPC can get around to find a lesion is another mystery.

Also, she said it is unknown how Rad4/XPC would recruit the next player of the repair pathway, called Transcription Factor II H complex (TFIIH), which is important in verifying the damage before other proteins come and actually cut out the damaged portion.

“We hope the knowledge we uncover can be helpful in solving major problems in human health,” Min said. “This is how we imagine we can help — by understanding how things work with full 3-D structural detail.”