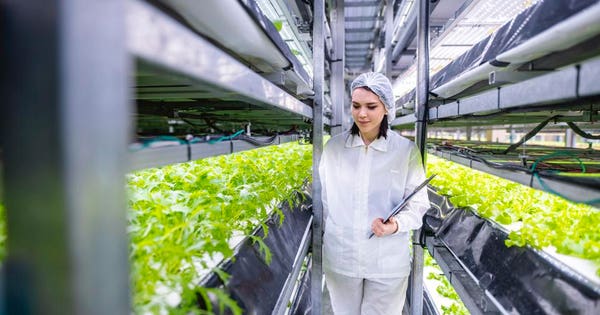 Agtech successes like Pivot Bio and JOYN are great news for the biotech coasts, but rural America is left in a bind without the biotechnology infrastructure to create jobs and maintain US competitiveness.

Cow-free burgers are now all the rage — after Beyond Meats’ recent IPO, shares rose 163% on the first day of trading. Shortly afterward, competitor Impossible Foods announced an additional $300M investment.

That’s great for California, but rural America is stuck in a bind. Technology is wiping out traditional jobs, and high-tech training can be hard to come by in towns where livestock outnumber people.

Young Americans know this. According to a recent report from the United States Department of Agriculture Economic Research Service, non-metropolitan communities are greying as they attract retirees and lose new members of the labor force. Although rural communities are home to 14 percent of the population, they have seen just 4 percent of the employment growth since 2013.

Despite this economic pressure, rural America remains one of our nation’s most fertile regions, and recent advances in biotechnology are making it easier than ever to sustainably grow new kinds of valuable goods, from biopharmaceuticals to biomaterials. With the right strategic investments, rural America could see a biotech “bloom.”

I propose a Bio-Belt stretching through middle America to bring new skills and high-paying jobs to communities that desperately need them. This initiative would bolster investment in biotechnology training, education, infrastructure and entrepreneurship in rural areas in order to develop new, sustainable sources of income.

The Bio-Belt is about much more than biofuel. Fermentation is an increasingly powerful force for converting sugar and other forms of biomass into value-added goods—all through the rational design of cells that can be sustainably grown wherever land is abundant.

Rural biotechnology, like all biotechnology, will require strategic partnerships between business and academia. Agriculture extension schools, which are often located in rural areas, should expand to deliver research and job training for rural communities. Success will also depend on partnerships between community colleges and local businesses to provide a pipeline of individuals with the skills needed to work in regional biotech clusters. The government should incentivize these partnerships.

National laboratories dedicated to biological manufacturing are also needed in rural areas. These could be standalone new labs or expansions of existing facilities. Biotechnology startups could use them as incubators to test their products without having to make a major investment in equipment themselves. At present, this vehicle for commercial success is mostly limited to the coasts. Likewise, access to existing fermentation capacity should expand to those outside of coastal cities. This could be one of the cheapest ways to spread the benefits of biotechnology to more entrepreneurs.

Under the Bio-Belt initiative, innovation would grow in rural areas, and biomanufacturing could expand across the country, where land and feedstock are abundant.

The New York-based company Ecovative is already producing sustainable alternatives to plastics and other modern materials using mushrooms. In Boston, Ginkgo Bioworks is fermenting perfumes with yeast. In Seattle, Arzeda is pioneering new enzymes that catalyze the formation of novel food products.

In a recent House hearing on the impact of biotechnology on the national economy, representatives from both parties expressed a desire to see more of our nation’s future invested in their communities.

“We need more science and technology development in the Midwest, where I am proudly from,” said Rep. Anthony Gonzalez (R, OH-16).

While the employment benefits of biotechnology have thus far been concentrated in coastal cities, “the needs and opportunities and brainpower are significant across our nation,” noted Rep. Haley Stevens (D, MI-11).

A small number of pioneering biotech firms are already thriving outside major metropolitan areas, including Iowa’s Integrated DNA Technologies, which makes DNA for many different applications, and Illinois’ Sustainable Bioproducts, which is looking into exotic microbes that may one day be used to replace animal-based meats.

With new ideas, creative policies, supportive infrastructure and sound investments in biotech research and development, these companies will be just the first of many to take root between the coasts of this great nation. As the country thinks about its future manufacturing competitiveness and infrastructure, let’s remember this: 21st-century infrastructure is not just roads and bridges. A critical component of our economic growth will be the bioeconomy.