Immunotherapy is the new weapon against cancers and building upon existing research, a team of researchers from the Massachusetts General Hospital have devised a way to make immunotherapy more effective in a deadly and common form of brain cancer called glioblastoma. Their study titled, “CAR-T cells secreting BiTEs circumvent antigen escape without detectable toxicity,” was published in the latest issue of the journal Nature Biotechnology. 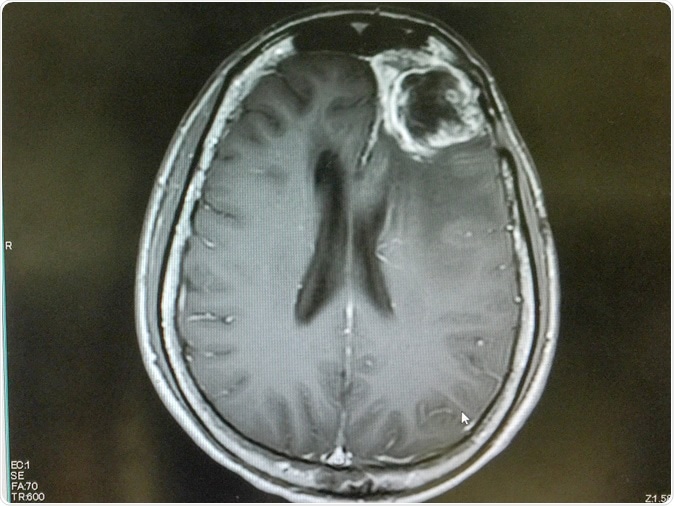 The team of researchers explained that one of the methods of cancer immunotherapy is called “chimeric antigen receptor T-cell (CAR T) therapy”. The CAR-T therapy typically collects the immune cells or T cells from the patient and then these cells are genetically altered in the lab to make them recognize the specific antigen targets present on the cancer cells. These genetically altered T cells are now equipped to recognize and kill the cancer cells and spare the normal and healthy cells in the body. They are then injected back into the patient’s body. At present the United States Food and Drugs Administration (FDA) has approved two CAR-T cell products for treatment of non-Hodgkin lymphoma (NHL) and acute lymphoblastic leukemia (ALL). These tumours are of the lymphatic system and blood respectively.

The team explained that solid tumours are difficult to treat using this method of immunotherapy and thus has never been tried. Further solid tumours such as glioblastomas are also difficult to treat with conventional chemotherapy because the large molecules of drugs seldom cross the blood-brain barrier. Senior author Marcela V. Maus, MD, PhD, director of cellular immunotherapy at the MGH Cancer Center, and an assistant professor of medicine at Harvard Medical School (HMS), explained that immunotherapy for glioblastoma is also a challenge.

Maus said, “We previously made CAR T cells for glioblastoma, and one of the challenges of glioblastoma is that not all of the tumor cells express the target that a T cell can go after.” The team aimed at the epidermal growth factor receptor variant III (EGFRvIII), which is a mutated protein that causes cancers and is present on many but not all glioblastomas. The team used CAR-T cells to target another “wild type” of EGFR that was found in all glioblastomas. The team explains that targeting this EGFR was another challenge because it is found in other healthy cells of the body as well. This problem was overcome by delivering the genetically altered CAR-T cells to the cerebrospinal fluid at the base of the brain. Once the CAR-T cells reached the brain they were designed to secrete a “bi-specific T-cell engager” or “BiTE” which are actually antibodies that direct these T cells to a specific target much like “smart bombs” write the researchers.

Thus the team used CAR-T cells with their special BiTE antibodies to target the glioblastomas. The problem they had faced was that the BiTEs were too large to cross the blood brain barrier if given intravenously. This was overcome when the CAR-T cells carrying the BiTE antibodies were directly injected into the cerebrospinal fluid. Maus said BiTE-secreting CAR T cells, “can have a local tumor effect by targeting the second antigen, and that’s a way of overcoming this tumor heterogeneity and being able to target two things at once. But because it’s produced on the other side of the blood brain barrier and in small quantities, it doesn’t cause the toxicities to other organs.”

The team tested their modified BiTE-secreting CAR-T cells on animal models of human glioblastomas and noted that this combo could effectively eliminate 80 percent of the tumours. The team concluded in their study, “BiTE-EGFR was locally effective but was not detected systemically after intracranial delivery of CART-BiTE cells. Unlike EGFR-specific CAR-T cells, CART-BiTE cells did not result in toxicity against human skin grafts in vivo.”

Lead author Bryan D. Choi, MD, from the department of Neurosurgery at MGH added that they are hopeful that this technique could work with other solid tumours as well.

The study was supported by grants from Damon Runyon-Rachleff Innovation Award and Stand Up to Cancer, National Institutes of Health and others.

The T cells here are the “workhorses of the immune system”. They are separated from the blood of the patient and then using genetically altered viral vectors, these T cells are genetically engineered to produce receptors on their surface. These receptors are called “chimeric antigen receptors, or CARs”. Carl June, M.D., of the University of Pennsylvania Abramson Cancer Center, a leading researcher on CAR-T cell therapy said that these receptors are “synthetic molecules, they don’t exist naturally.” These receptors allow the cells to identify the antigens on the cancer cells.