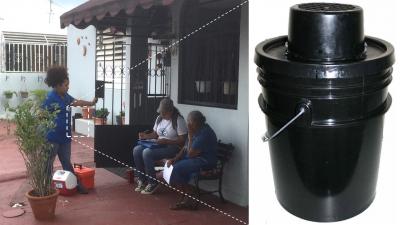 “AGO traps are a novel chemical-free, effective approach to control Ae. aegypti populations and provide protection from infection with the pathogens that these mosquitos transmit,” the researchers say. “Further evaluations should determine if AGO traps are sustainable and effective in larger scale community trials.”

Funding: The authors received no specific funding for this work.

Competing Interests: The authors have declared that no competing interests exist. Autocidal gravid ovitraps (AGO traps) used in this study were developed and constructed by CDC personnel (RB). Rights for the AGO trap patent (US 9.237,741
B2) were transferred to the US Government (Executive Order 10096). Eventual royalties derived from trap sales by licensed companies follow 15 U.S.C. 3710c.

In your coverage please use this URL to provide access to the freely available paper: http://journals.plos.org/plosntds/article?id=10.1371/journal.pntd. 0007538

The importance of patents in biotechnology – John Butcher – UK...