Parkinson’s disease affects many people around the world, but effective treatments are proving elusive. Immunotherapy could be a solution.

More than 10 million people worldwide are currently living with Parkinson’s disease, an incurable neurodegenerative disorder. Current treatments are limited as they only attempt to mask the symptoms rather than dealing with the cause. But there is hope on the horizon.

Biotech companies across Europe and the US are now developing a range of immunotherapies to slow down or even completely halt the progression of Parkinson’s.

Over the past two decades, scientists have developed a hypothesis for how Parkinson’s develops and spreads. They believe the main culprit is a toxic form of a protein called alpha-synuclein, which accumulates in the brain over time due to mutations in the gene that encodes the protein. As clusters of alpha-synuclein form inside neurons, they cause the characteristic Parkinson’s symptoms, ranging from tremors to muscle stiffness. Eventually, the neurons die.

Biotech companies have been designing ways of using antibodies to specifically target and bind to the toxic form of alpha-synuclein and remove it from the body.

“The belief is that if you can you can reduce the levels of this toxic species, you can slow down the progression of the disease,” Gunilla Osswald, CEO of Stockholm-based BioArctic, told me. “This is what we’ve seen in preclinical models using mice. Our antibody makes the motor symptoms come much later, and they survive far longer.”

Most of these immunotherapies are currently in early-stage clinical trials. While they all utilize antibodies, they use two main approaches. One of the key questions is to see which approach proves most effective over the next few years. 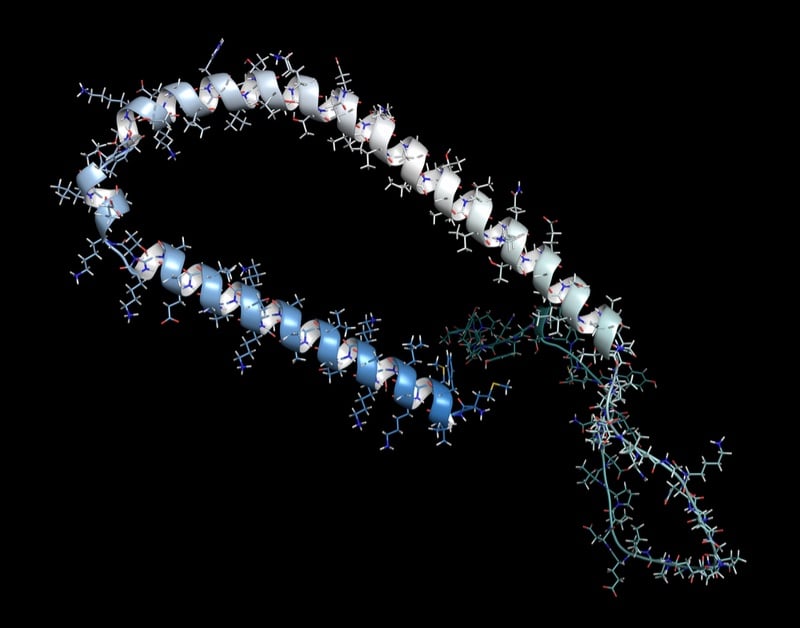 The majority of biotechs use an approach called passive immunotherapy that involves regular intravenous injections of artificially generated antibodies.

“The advantage of using artificially generated antibodies is that it gives us full control of the dosage and exactly where the antibody binds,” said Wagner Zago, CSO of Prothena, which has its headquarters in Dublin. “We’ve learnt that to drive efficacy, it’s really important for the antibody to have a very high binding affinity with alpha-synuclein. It also makes trial design more straightforward as you can ensure that every patient has the same exposure.”

Prothena has developed an antibody to target the toxic form of alpha-synuclein, and is conducting trials with the pharmaceutical company Roche. In a phase I trial of 80 Parkinson’s patients, the antibody was capable of crossing the blood-brain barrier and rapidly reducing the levels of toxic alpha-synuclein in the brain.

“One of the key aspects of our approach is that our antibody does not just neutralise these forms of alpha-synuclein after it binds to them, but it also helps … the brain clear it very quickly,” noted Zago. “This clearance is a very important mechanism.”

The question now is whether clearing alpha-synuclein stabilizes or improves symptoms in Parkinson’s patients over a prolonged period of time. This has yet to be proven, but Prothena is set to find out first. While most other companies developing passive immunotherapies are still in the preparation stages for phase I or II trials, Prothena’s therapy is currently being assessed in a phase II trial of 300 patients in the early stages of Parkinson’s disease, with results expected in 2020.

While passive immunotherapy would need to be applied in regular weekly or monthly infusions, active immunotherapy has the potential to have long-lasting effects, possibly only requiring yearly injections.

“We don’t get the same concentrations of antibodies with our approach compared to passive immunotherapy,” explained Gunther Staffler, CTO of AFFiRiS. He pointed out that passive approaches can result in the body creating antibodies against the drug, making it ineffective. That is not an issue with active immunotherapy.

So far, AFFiRiS has completed a phase Ib trial, observing 32 Parkinson’s patients over the course of four years. The early results are promising. The therapy reduced levels of toxic alpha-synuclein and showed signs of stabilizing some of the symptoms of the disease such as tremors and problems with physical movement. AFFiRiS is now preparing a phase II trial of 300 or more patients, to begin in 2020, which aims to validate and explore their findings further

There are a number of key questions which will only begin to be answered over the next five years as the results return from phase II trials. For example, we still don’t know whether reducing levels of toxic alpha-synuclein will stabilize or improve symptoms in Parkinson’s patients over a prolonged period of time.

Staffler cautions that it may still turn out that scientists have been chasing the wrong drug target all along, as seems to be the case with Alzheimer’s disease and amyloid-beta proteins. “The alpha-synuclein theory of Parkinson’s is still just a hypothesis,” Staffler says. “But we are now on the cusp of either falsifying or validating that hypothesis.”

Even if the new immunotherapies do eventually make it all the way to market, it will be far from a complete cure for Parkinson’s. But they do offer the potential to perhaps halt the disease in its tracks, which would be life-changing for the millions of patients affected.

“Finding a complete cure will take a long time,” says Osswald. “But these disease-modifying treatments in development right now could be a huge step forward, adding to the symptomatic treatments on the market, which are good to some extent, but have some other difficulties. I think Parkinson’s is really an area where we will see things evolving in the future, more and more.”

David Cox is a science and health writer based in the UK. He has a PhD in neuroscience from the University of Cambridge and has written for newspapers and broadcasters worldwide including the BBC, New York Times, and Guardian. You can follow him on Twitter @dcwriter89.

Images via Shutterstock. This article was originally published on November 2018 and has since been updated.