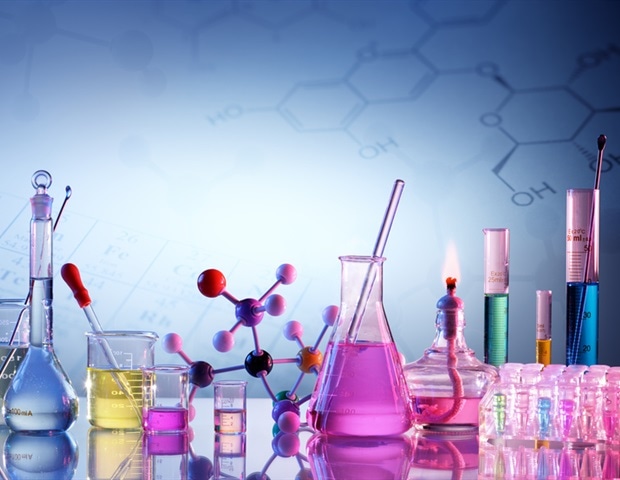 Researchers at the National Institute of Standards and Technology (NIST) have developed an optical system that accurately measures the flow of extraordinarily tiny amounts of liquids — as small as 10 billionths of a liter (nanoliters) per minute.

At that rate, it would take a liter bottle of water about 190 years to drain. (A single drop of water contains 50,000 nanoliters.) The new measurements are a major improvement over technology the NIST team reported in 2018.

Precisely measuring and controlling minuscule flow rates has become critically important in the burgeoning field of microfluidics, which includes the delivery of minute amounts of drugs, the preparation of tiny amounts of liquids, the formation of microdroplets and biotechnology studies that monitor the flow of nutrients to cells.

In treating cancer and other diseases, drug-delivery pumps dispense as little as tens of nanoliters (nL) per minute into the bloodstream. That flow must be extremely precise so that the total dosage the patient receives is exactly what the physician prescribed.

Low rates of flow also play a role in separating a mixture into its chemical constituents based on how slowly they travel through a gel or another medium.

The new method relies on a single laser that shines on light-sensitive molecules in a liquid flowing through a microchannel — a silicone pipe or tube about the diameter of a human hair. The interaction of the laser light with the molecules depends on the rate of flow of the liquid.

If the fluid is flowing relatively rapidly through the microchannel, the laser simply causes the light-sensitive molecules to shine or fluoresce.

But for liquids that flow more slowly and are therefore exposed to the laser light for a longer time, the story is more complex: After a certain amount of light hits the molecules, they burn out and no longer fluoresce. Thus, the slower the flow, the greater the number of light-sensitive molecules that are extinguished and the dimmer the fluorescence.

The team calibrated their measurements by comparing them with measurements of much higher rates of flow recorded by established flow meters, which do not require a laser.

Greg Cooksey, Paul Patrone and their NIST colleagues, along with a NIST summer undergraduate research fellow from Montgomery College in Germantown, Maryland, reported the findings in a recent issue of Analytical Chemistry. The study follows up on a Physical Review Applied paper describing the theoretical proof, of the method.

The new method is sensitive enough to determine the very slowest rate of flow that can actually be measured for a given experimental setup. Below this rate, the random motion of particles in all directions — diffusion — confounds measurements of the orderly flow of particles.

The lowest rate of flow that could be distinguished from diffusion was 0.2 nL, or 200 trillionths of a liter per minute. Precise determination of this limit, known as zero flow, allows researchers to control flow rates more precisely than they can be measured.

The NIST team is now experimenting with using larger molecules, which diffuse more slowly, and narrower channels, to enhance the ability to discriminate ordinary flow from random diffusion.

The team also reported that it could control a rate of flow as small as 2 nL per minute, with an uncertainty of just 5%.

The measurement method provides several potential opportunities for spinoff technologies and may enable manufacturers of microfluidic devices to develop a new generation of flow sensors, Cooksey said. The team has submitted a patent application on the technique. Overall, better flow measurement leads to improvements in the precision of chemical sensing instruments and safety of drug-delivery devices.

The new method of measuring low flow rates is directly related to one of NIST’s key programs, NIST on a Chip. The program aims to develop a suite of accurate, quantum-based measurement technologies intended to be deployed nearly anywhere and anytime, without a manufacturer having to halt production while a sensor or other device is shipped to NIST for calibration.

The new microflow measurement system could help dispense precise amounts of microfluids used in a host of NIST on a Chip technologies.

National Institute of Standards and Technology

NCATS funds ‘All of Us Research Program’ to evaluate innovative DNA...