The Austrian biotech company PhagoMed Biopharma is developing a viral protein that could one day treat the common condition bacterial vaginosis without disrupting the microbiome as traditional antibiotics do.

The preclinical drug candidate is derived from a protein called an endolysin. Endolysins are made by bacteria-hunting viruses called bacteriophages and kill bacteria by rupturing the cell membrane. PhagoMed has filed for a patent and established a team to develop the drug, which is designed to treat bacterial vaginosis by selectively killing a genus of bacteria called Gardnerella.

Bacterial vaginosis is an infection of Gardnerella bacteria that causes an imbalance of the vaginal microbiome, often resulting in an unpleasant discharge. Though it’s usually treatable with traditional antibiotics, these treatments also kill beneficial bacteria in the microbiome and their overuse can encourage the emergence of antibiotic-resistant superbugs. PhagoMed’s endolysin protein could solve these problems because it can kill antibiotic-resistant bacteria and also selectively kills Gardnerella bacteria, leaving benign bacteria, such as lactobacilli, unharmed.

“Phages and endolysins offer effective alternatives to antibiotics blunted by bacterial resistance,” said PhagoMed’s co-founder and Co-CEO, Lorenzo Corsini, in a statement. “What’s more, they can combat bacteria in impenetrable biofilms, where antibiotics are ineffective.”

PhagoMed discovered the drug candidate by screening bacteriophages for proteins effective against Gardnerella and genetically engineering them to improve the protein’s shelf-life and antibacterial effects. The company decided to opt for a protein drug in this case instead of a bacteriophage therapy because bacteriophage viruses can only target one species at a time, requiring a ‘cocktail’ of viruses, whereas the protein is able to target the whole genus. 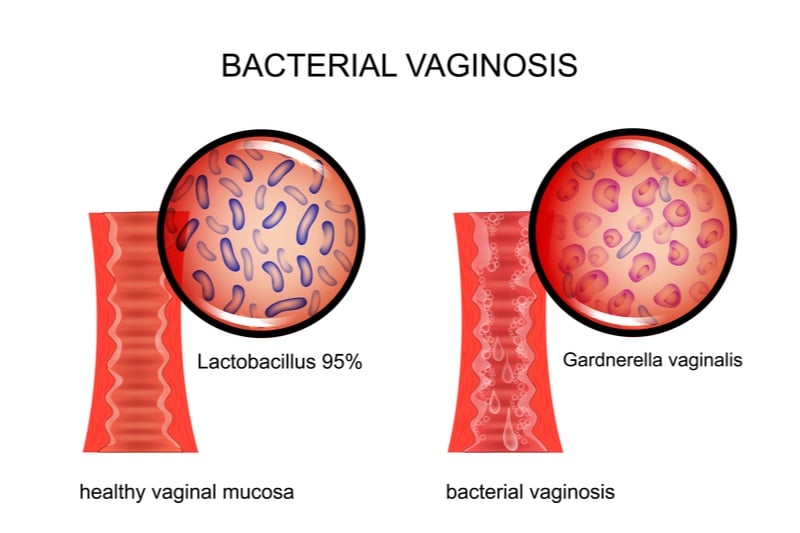 Benign bacteria such as lactobacilli live in the vagina. Gardnerella bacteria are thought to trigger bacterial vaginosis.

“To our knowledge, no other company is working on an endolysin to treat bacterial vaginosis,” Corsini told me. “Due to the precise and focused spectrum of activity, specific endolysins will be needed for individual pathogens, and therefore the white space is quite large.”

The company is now discussing with regulatory authorities in the US and EU the prospects of testing the drug in humans within three years.

PhagoMed also has bacteriophage treatments in preclinical development for unspecified conditions. At present, bacteriophages are not approved in the US or EU as a treatment for bacterial infections. One of the obstacles to their approval is safety concerns because they can replicate and evolve, which could result in harm to patients. PhagoMed’s endolysin protein does not have this problem because it can’t replicate but is still able to selectively kill Gardnerella bacteria.

PhagoMed is one of several companies testing the potential of bacteriophages to treat infections. For example, the Israeli biotech BiomX raised €28M to fund the development of viral treatments for acne and inflammatory bowel disease in February. The French company Pherecydes Pharma is also developing a clinical-stage bacteriophage therapy for infections in burn victims.