An award-winning engineer has developed a new technology that could draw deadly infections such as malaria and sepsis from the body using magnets. 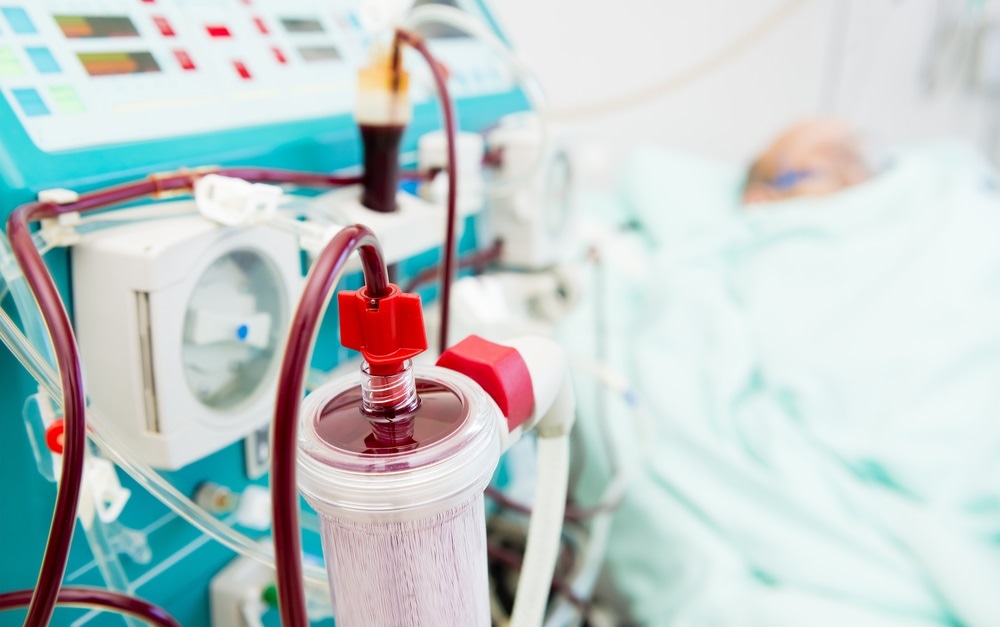 George Frodsham designed the blood filtering system whilst studying how magnetic nanoparticles can bind to cells to make them detectable during imaging. He realized that if the nanoparticles can be made to magnetize cells so that they show up on scanners, it should also be possible to use them to draw cells from the blood.

“In theory, you can go after almost anything”

Theoretically, any bacteria, virus, or blood cancer, such as leukemia, could be bound by the magnetic nanoparticles and “sucked” from the body.

“In theory, you can go after almost anything. Poisons, pathogens, viruses, bacteria, anything that we can specifically bind to we can remove. So, it’s a very powerful potential tool. When someone has a tumor, you cut it out. Blood cancer is a tumor in the blood, so why not just take it out in the same way?” says Frodsham. “Now we know it’s possible; it’s just a question of figuring out some of the details.”

The technology, called MediSieve, is awaiting approval for testing in human trials, which are likely to start next year.

The first disease due to be tested is malaria. Next, trials will be conducted to see whether the nanoparticles can remove sepsis-causing bacteria and tone down the deadly immune response.

How does the technology work?

The technology works in a similar way to dialysis. Blood is taken from a patient and infused with the MediSieve particles, which attach to specific targets so that they can be captured by a magnetic filter and removed from the blood before it is pumped back into the body. The particle size, magnetic properties, and number of binding agents coating the nanoparticles are all engineered to ensure maximal capture and removal by the filter. The whole process is likely to take only two to four hours.

The blood can be repeatedly passed through the system until the disease target is at such a low concentration that the immune system or a short course of medication can remove it.

We can never get to 100 percent with something like this so you can get to 99 percent so you can rely on the body to mop up the rest, or you will be looking to use alongside drug therapy,”

The first step is not necessary in the case of malaria

Interestingly, in the case of malaria, the first step is not necessary because malaria automatically becomes magnetic on entering the body; it targets iron-rich blood cells and consumes hemoglobin, which makes it magnetic.

“The malaria parasite invades the red blood cell and consumes the hemoglobin, and therefore it leaves an iron-based waste product, which it then takes inside itself. So effectively malaria parasites poop is magnetic, and then it eats its poop,” explains Frodsham. “Malaria treatment is our flagship product because the infected cells have naturally occurring magnetic properties, and because we really feel we can have a material human impact to help those suffering the most from the disease, particularly children and pregnant women.”

Frodsham says being able to rapidly remove infected red blood cells from the blood of a malaria patient would significantly increase their chances of survival, and “the faster you achieve complete clearance of infected cells, the better the prognosis for the patient.”

Charities have welcomed the technology

Charities have welcomed the new technology, saying that new approaches are urgently required for conditions such as leukemia and that they are looking forward to seeing the outcomes of clinical trials.

Researcher Alasdair Rankin from the blood cancer charity Bloodwise, says that as surprising as it sounds, scientists have used antibodies attached to magnetic beads to separate out cells for their experiments for decades.

However, unfortunately, not all cancer cells circulate in the blood; some stay in the bone marrow and lymph nodes, meaning the only way to cure blood cancers such as leukemia is to eliminate these cells completely; otherwise, the cancer will return.

“But this is an interesting idea – by removing cancer cells from the body rather than killing them with drugs inside the body, this sort of approach could reduce the need for drugs with toxic side effects,” he says.

Earlier this year, Frodsham received the Biotechnology and Biological Sciences Research Council (BBSRC) Innovator of the Year Award, and he hopes the new technology will inspire a new generation of engineers to develop technological approaches to medical problems.

He is supporting the new Royal Academy of Engineering campaign ‘This is Engineering,’ which is aimed at demonstrating how there is more to engineering than simply building roads and bridges.

He says people looking for solutions to malaria have been blinkered and have only considered drugs as the solution: “It hadn’t entered anyone’s mind you could use a device and I said, ‘look we have this physics we can use’. If you look in hospitals, everything is being done by engineers. All the equipment and the surgical stuff and the syringes and the machines and monitoring to keep you alive.”

Frodsham suggests that anybody wanting a career where they can change the world and benefit people should look at engineering rather than medicine.

You will have a much bigger impact. A doctor will never treat a million people, but an engineer could,”

Study shows why older individuals are vulnerable to COVID-19