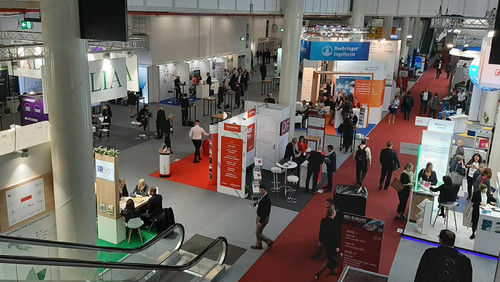 Europe’s largest partnering event, the BIO-Europe, hit another visitor record on the occasion of its 25th anniversary in Hamburg.

Besides partnering, some interesting news surfaced in BIO-Europe‘s sessions on hot topics in drug development and business strategies and on the long hallways of Hamburg Messe.

In contrast to the common perception that Big Pharma is again quitting the field of antimicrobials due to the lack of adequate payment models for drugs that fight antimicrobial resistance (AMR), Boehringer Ingelheim has launched an engagement in the antiinfectives field. At a panel discussion on business models for AMR innovation it emerged that Boehringer will explore novel approaches to fight infectious diseases with unmet medical need including antimicrobial resistance through its Research Beyond Borders (RBB) programme. The new RBB activity will focus on research collaborations with applied academic research groups and cutting edge biotechnology companies to develop immunological therapies for infectious diseases and novel therapeutics for hard-to-treat infections. Ultimately, RBB’s goal is to explore new and disruptive ideas and technologies across the entire research spectrum.

While about 45% of partnering activities focus on cancer projects, according to Mike Ward from Informa, this year’s vote for the best pitch in BIO-Europe’s Start-up slam was the logical choice: Andreas Ladurna, CSO at Plannegg-based Eisbach Bio GmbH made the grade with a presentation of the company’s screening platform for synthetic lethality that identifies small molecules which specifically target the tumour’s chromatin in order to overcome treatment resistance of suppressor-deficient tumours.

European Biotechnology also learned at BIO-Europe that a new medical cannabis industry association is to be launched soon in order to promote a legal EU framework allowing the expected huge market growth of cannabinoids and its medical applications in Europe.

And just around the corner, there’s BIO-Europe Spring in March 2020 in Paris not to be missed.