Liver diseases are on the rise. Although many drug candidates are being developed, preclinical toxicity, drug metabolism and drug-drug interaction studies remain challenging without a predictive model. One company is trying to address these difficulties with a full human liver preclinical model.

Liver diseases are greatly affecting the quality of life of millions of people. Hence, it is becoming increasingly important to develop drugs against the large spectrum of liver-associated diseases. As the prime organ that metabolizes drugs and processes drug-drug interactions, the liver plays a huge part in the efficacy and safety of many pharmaceuticals.

A humanized liver to understand drug metabolism, toxicity, and efficacy 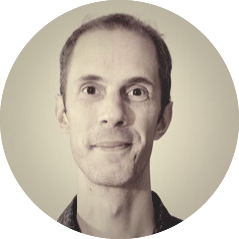 In preclinical research, the importance lies in understanding the metabolites of a certain drug and whether or not these metabolites are toxic to humans in any way. However, in this sense, traditional preclinical models are flawed. While some drugs may not trigger signs of toxicity in animals, they might still be toxic in humans.

“There have been incidents, in which drugs have not been toxic in preclinical animal testing, but as soon as they were used in human studies, they triggered highly dangerous side effects that caused serious damage,” says Sebastien Tabruyn, CSO at TransCure bioServices. “If these drugs had been tested in more predictive preclinical models such as full human liver models, the toxicity could have been predicted and perhaps avoided.”

The team at TransCure is currently developing novel preclinical models with a human liver, called the hu-liver mouse models, which they will be launching in Q2 2020. Until now, they have been working extensively on preclinical models with a full human immune system that can be used for predictive research in a variety of disease areas such as immuno-oncology, inflammation, infectious and vaccination. 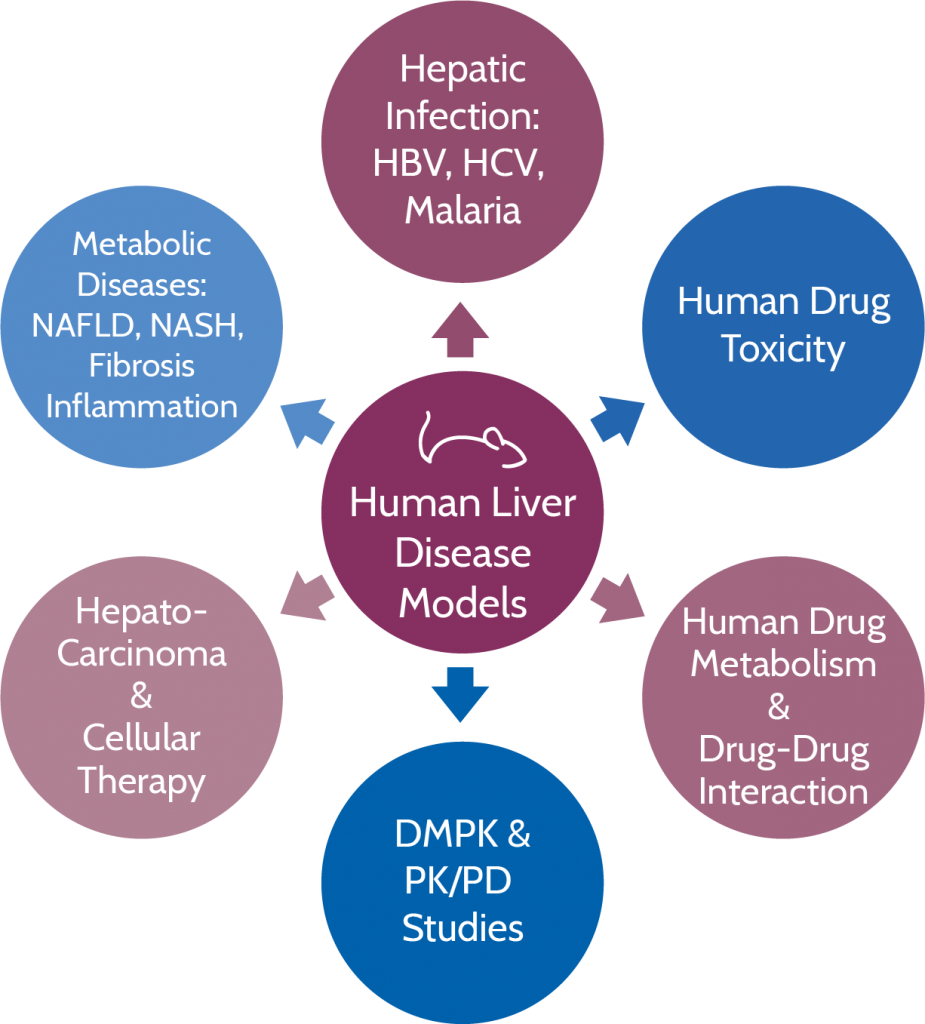 The hu-liver mouse model has many applications

In the hu-liver mouse model, the murine hepatocytes are replaced with human hepatocytes. This means that the function of the reconstituted animal liver is, in fact, similar to a human liver. “Using this model, our customers can identify all the drug candidate metabolites that are produced,” Tabruyn explains. “And these metabolites are 100% human, as our data has shown.”

The hu-liver mouse model allows researchers to predict the efficacy and toxicity of drugs in the field of oncology, as well as inflammatory and infectious diseases. In detail, this means that the team can create models for a number of liver diseases, including hepatitis B and C, fibrosis, non-alcoholic steatohepatitis (NASH), and hepatocellular carcinoma.

“The greatest advantage of our model compared to the competitors’ is the fact that we do not observe any contamination from murine hepatocytes,” says Tabruyn. “When the hu-liver is fully reconstituted, the majority of the hepatocytes are from human origin. Thanks to the modified genetic background of our animals, we have eliminated several genes responsible for the murine hepatocyte function. So even though there are still some murine hepatocytes in the animals, these cells are unable to metabolize or contribute to the toxicity of a drug, so the hepatic responses we determine are 100% human.”

Understanding the science behind the full human liver model

Let’s take a look at the process in more detail. Transcure’s hu-liver model uses a mouse strain called PIRF, which is characterized by four key genetic mutations. First, there is a deletion of the Por gene that codes for NADPH-P450 oxidoreductase, an enzyme that is responsible for the metabolization of drugs in murine hepatocytes.

Without this gene, the remaining murine hepatocytes cannot contribute to the drug candidate metabolism. By deleting Por, TransCure can ensure that the hepatic functions are 100% human.

Secondly, two other mutations ensure that the PIRF strain is highly immunodeficient so that it can be engrafted with human hepatocytes: The knockout of the IL2rg gene ensures that there is no production of B cells, T cells, and natural killer (NK) cells, while the knockout of Rag2 stops the maturation of B and T cells.

Lastly, the deletion of the Fah gene results in the death of murine hepatocytes in the absence of NTBC, a medication that is added to the animals’ water. “If the drug is removed from the water, the mouse hepatocytes die,” Tabruyn explains. “At this stage, we start with the engraftment of adult human hepatocytes, which take over the functions of the mouse hepatocytes.” 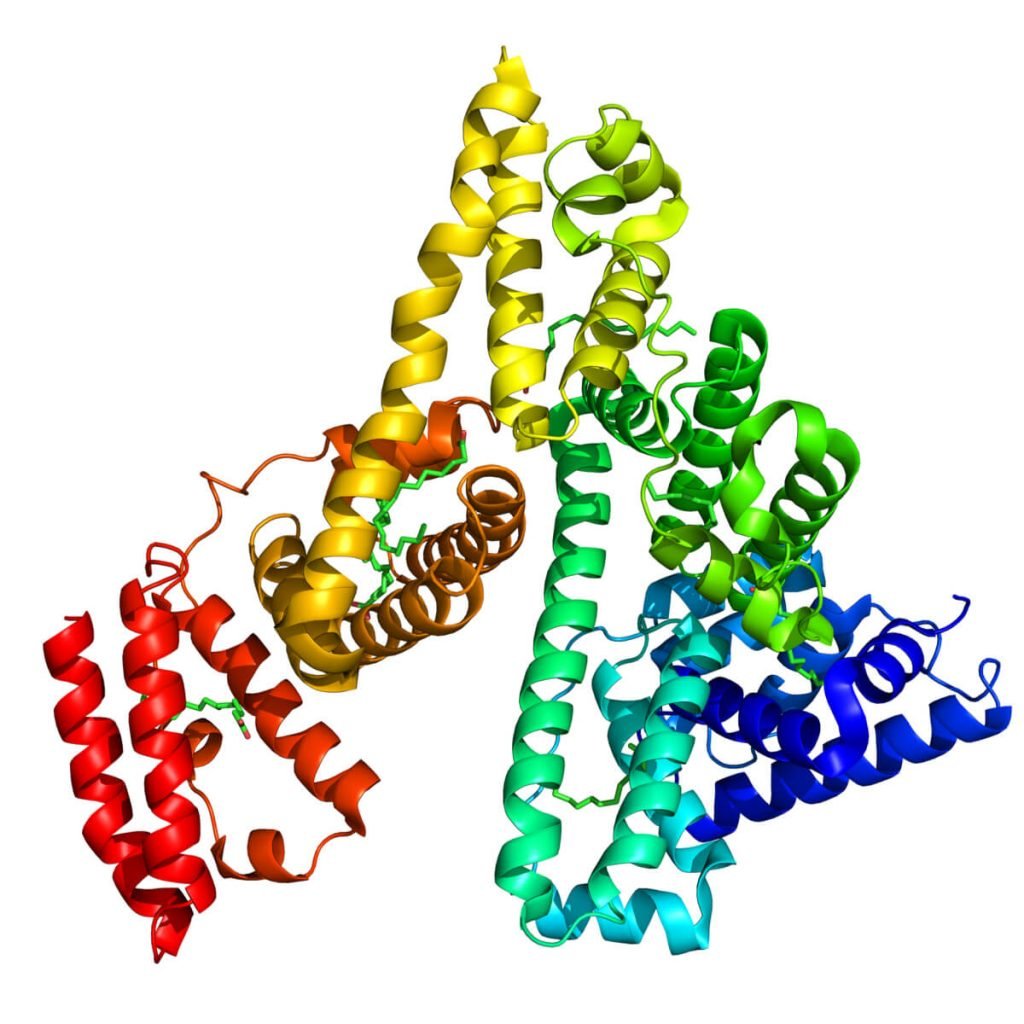 Before entering a drug metabolism study, all hu-liver animals undergo quality control. For TransCure, the objective is to ensure that each animal’s hu-liver is fully reconstituted and functional. “We cannot just do a biopsy and look at the percentage of human liver cells,” Tabruyn says. “Instead, we have identified a series of human hepatic markers in the mouse peripheral blood, which help us determine how well the hu-liver is reconstituted.”

The team at TransCure is mainly looking at the levels of human serum albumin and other human lipoproteins in the blood of hu-liver mice. As human albumin is produced only by human hepatocytes, this is a helpful indicator of how well the engraftment has worked.

Combining the full human immune system with the hu-liver models

In parallel, the team at TransCure is working on developing a dual preclinical model that consists of both the human immune system and the human liver. Called the hu-hu-liver mouse model, it combines the advantages of the two models.

“For example, the hu-hu-liver model will be able to profile and select drug candidates that boost the human immune system and help fight liver diseases. This could be applied for infectious diseases, cancer, fibrosis, or NASH. But until then, we still have some important challenges to overcome. First, we have to make sure that the human immune system is compatible with the subsequent engraftment of human hepatocytes and that they both work hand in hand,” Tabruyn says.

Do you want to learn more about the hu-liver and hu-hu-liver models and how they can be used to profile drug candidates that target liver diseases? Check out TransCure’s website or get in touch with the expert team!

Images via Shutterstock.com and TransCure bioServices

Researchers highlight when antireflux surgery is needed to treat GERD after...