A new study published in The BMJ indicates that male researchers just might be boosting their research findings as a matter of course, even when they aren’t that great. When a study is presented more positively, it is much more likely to be cited by other researchers. This in turn determines how influential the scientist is, and the subsequent career path as well. 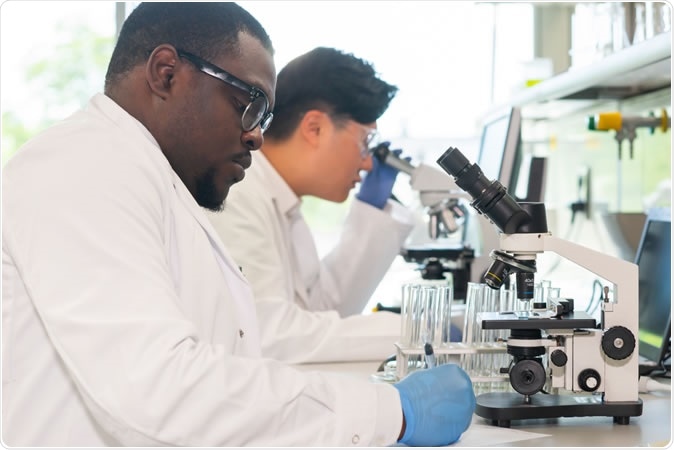 It has been a contentious but irrefutable reality that women scientists are largely invisible, both in academic disciplines and the life sciences. Not only are they less likely to hold high-profile appointments, but they generally receive fewer citations, earn less money on average, and succeed less often in securing research funding.

Many observers feel that one reason for this gap is because women tend to write less positively about what they have achieved in their research compared to men. The current study was meant to look for evidence that this is really so.

The researchers intended to see through careful analysis how the sex shines through in the manner in which the research finding is presented, and secondly, whether such positive framing leads to a higher number of citations.

The tool they used to detect this trend was the use of 25 self-promoting or superlative words such as “unprecedented”, “unique” and “novel” in research writing. They looked at over 100,000 articles in clinical research, and more than 6 million articles in the life sciences, over the decade between 2002 and 2012.

After recording the use of these or similar words, they correlated it with the gender of the first author and the last author of each of these articles. Finally, they looked at whether the impact of the journal differed with these sex-related differences in presentation.

When the presentation was by a team in which both first and last authors were female, the chance they would use words like those listed above was 12.3% less, than if either first or last author was male.

Citation rates increased by 9.4% with the use of such terms, and by 13% in clinical journals with a high impact factor.

The researchers say that women generally have to justify their use of such positive terms much more stringently than men in a similar setting. This may be one primary reason for the overall less positive reporting of research accomplishments by female scientists.

The observational nature of the study makes a cause-effect linkage impossible. However, despite the acknowledged limitations of the study, the authors say that even when journal impact factor, field of research, and publication year, among other potential confounding factors, are adjusted for, the findings remain largely unchanged. This would mean that they are real phenomena and not caused by aberrant observations.

The authors say this is “large scale evidence that men in academic medicine and the life sciences more broadly may present their own research more favorably than women, and that these differences may help to call attention to their research through higher downstream citations.” Of course, this self-promotion on the part of men more than women in scientific research is a major factor that accounts for the “well documented gender gaps in academic medicine and in science more broadly.”

An editorial accompanying the article calls for overhauling the systems that allow such disparities on the basis solely of gender. For one, editorial writer Julie Silver, with her Harvard colleagues, recommends that rather than telling women researchers to use more sweepingly positive words to present their research, measures should be put in place to encourage more realistic writing by male scientists. This must be done in a collaborative manner by the editors of journals, producers of other scientific literature and those who use such literature, to ensure that gender bias doesn’t leave women scientists of calibre out in the cold.

A third article by BMJ Research Head Elizabeth Loder draws attention to the widespread but insidiously damaging trend of assuming that unknown doctors must necessarily be male, by using the pronouns he or his by default – though in many countries female doctors outnumber male doctors even at present, and most future doctors will be women.

Reiterating the earlier motif that “medicine is not leading the way in gender equity. Gender discrimination and harassment are serious and pervasive issues in academic and clinical medicine,” Loder recommends “disruptive” switching to the routine use of “she” for an unknown doctor, to encourage the currently valid memory that medical colleagues are just as or more likely to be women than men. Frankly acknowledging the presence of the bias even in her own conversation, she attributes this to the stubbornly masculine image of the medical profession and calls for a deliberate switch to the female pronouns. “Let’s assume that doctors are women until we know otherwise,” she says – at least, until people at large stop thinking of doctors as male by default – at which point we could switch to genderless pronouns instead.

Review of George Estreich, ‘Fables and Futures: Biotechnology, Disability, and the...