Scouring the natural world can be an effective way of finding design inspiration for new scientific innovation. Here, we take a look at a crop of European biotechs currently using biomimicry to develop weird and wonderful bio-inspired products.

If you’re looking to design a new tool to overcome a scientific challenge, chances are that evolution has beaten you to it. It’s not exactly a fair competition — nature has been conducting research and development for billions of years longer than humanity. It is no surprise then that scientists and engineers across all disciplines are increasingly turning to biomimicry — looking to the natural world for inspiration — to create everything from wind turbine blades designed to mirror the aerodynamic efficiency of whale fins, to super-fast trains with noses based on the streamlined shape of the kingfisher’s beak.

The world of biotechnology is no exception, and we’re seeing an increasing number of ideas and products being developed that have their roots in the mimicry of some natural process or biological adaptation. At a time when the costs associated with bringing a new product through the developmental pipeline to patients are skyrocketing, mimicking naturally selected, time-tested designs is an ever more attractive strategy. After all, why attempt to create something from scratch when you can just raid nature’s toolbox?

Jellagen, a Welsh marine biotechnology company, has its eyes on the unassuming jellyfish as a source of a potential revolutionary biomaterial: next-generation collagen.

The idea first came to Jellagen co-founder Andrew Mearns Spragg in his youth, after encountering huge blooms of jellyfish while surfing off the east coast of Scotland. Human activity has caused jellyfish populations to explode, and while most saw this as a nuisance, Mearns Spragg saw it as a valuable resource for the future. 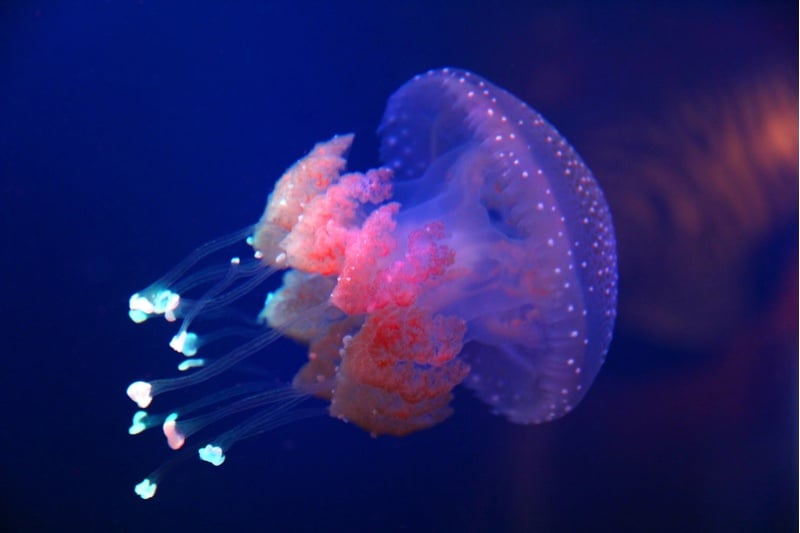 Collagen is the most abundant protein in mammals and is a key component of almost all types of tissue. Its ubiquity means that it has a variety of uses in the medical, cosmetic, and pharmaceutical industries, which currently source their collagen from mammals — mainly cows, pigs, and sheep. There are a variety of concerns around mammalian collagen, however, such as the potential for disease transmission, which has led to the need for a safer collagen source.

Not only is jellyfish-derived collagen safer and disease-free, but it also has a low propensity to elicit an immune response from the immune system. This makes it an ideal next-generation collagen that Jellagen hopes to soon bring to the biomaterials market. Its first manufacturing facility opened in 2017 in Cardiff, allowing the company to produce medical-grade collagen at scale.

Jellagen envisages a world where jellyfish-derived collagen is routinely used in a variety of medical applications, including wound repair, regenerative medicine, and tissue engineering. It’s a powerful example of how near-perfect solutions can be found in nature, even in the unlikeliest of places. 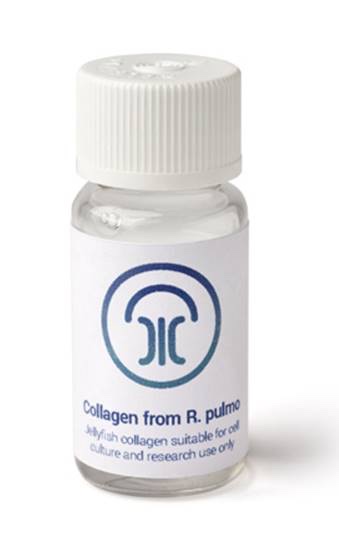 Making bones out of wood

GreenBone is an Italian startup founded in 2014 with a mission to develop an innovative bone graft scaffold for patients with bone defects. Currently these patients, whose defects may be due to trauma, infection, cancer, or simply an unhealed fracture, face very few options if the damage spans more than a few centimeters. To tackle this, GreenBone looked to nature and identified rattan (a plant similar to bamboo) as having several key properties that make it an ideal starting material for a scaffold to allow bone regeneration. 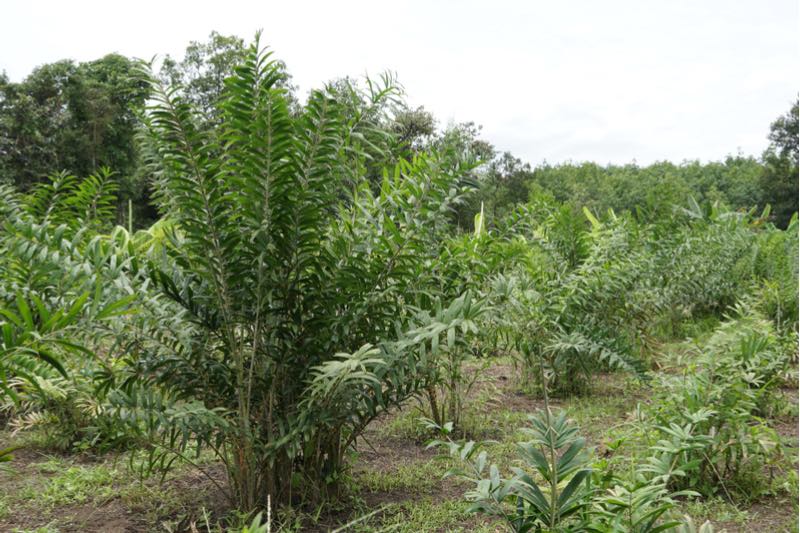 “A nature-inspired project to find new biocompatible materials able to sustain tissue regeneration in orthopedics prompted a screen for plants that have a similar internal structure to bone,” explained Lorenzo Pradella, GreenBone’s CEO. “The researchers identified rattan as the best candidate, as it has a comparable load-bearing capacity and an internal 3D architecture that incorporates xylem-transporting channels, which mimic the way blood vessels run through bone.”

The rattan wood is shaped according to the dimensions of the bone defect and enters a multi-step chemical process that preserves its structure and shape but removes any biological components of the wood. The end result of the chemical process is a white calcium phosphate scaffold, with an internal porous channel architecture mimicking normal human bone morphology.

Once transplanted, the patient’s osteogenic (bone-forming) cells attach to the surface of the scaffold, taking over the scaffold’s porous structure to eventually form new bone and regenerate the defect. 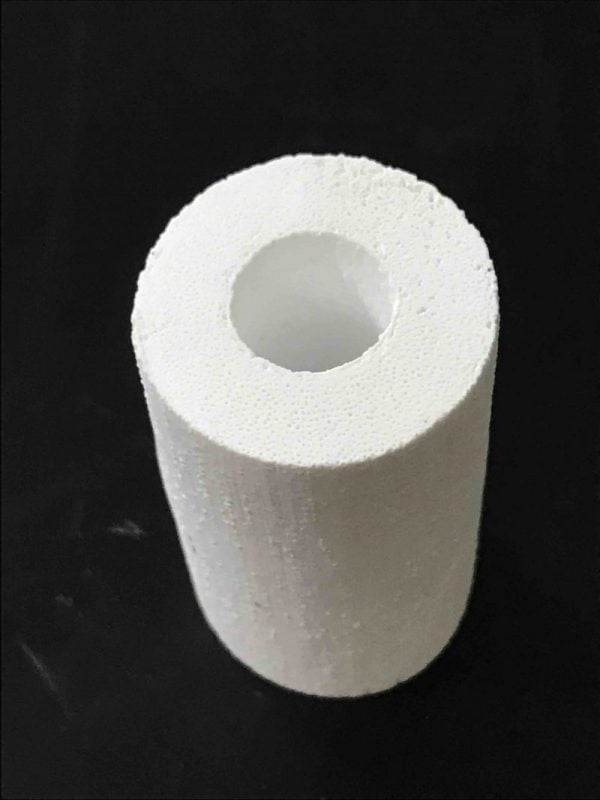 Pradella is confident that GreenBone will be a game-changer for sufferers of bone defects: “GreenBone is expected to enable patients a faster return to normal life with their own bone completely regenerated. This will provide a tremendous improvement in patient quality of life reducing and, at the same time, health and social costs.”

Designing such a scaffold from scratch would have been a tall order, which is why Lorenzo Pradella believes that biomimicry has been the key to GreenBone’s development: “Looking into nature to find inspiration for such innovative bone substitute gave the opportunity to use ‘existing in nature’ bone-like architecture.”

Paris-based Tissium (formerly Gecko Biomedical) is the developer of Setalum, a biocompatible sealant for vascular surgery based on the glue-like secretions of the Californian sandcastle worm.

Sealing internal wounds is notoriously tricky. Conventional surgical glues often have trouble staying in place due to the constant motion of the body. They can also react with the high levels of moisture in the internal environment, rendering them less effective. 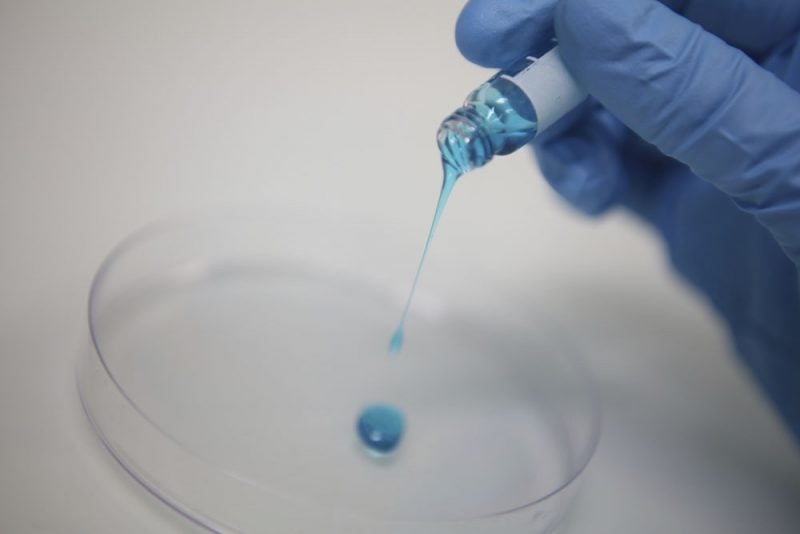 Setalum, by contrast, is designed to be highly viscous and hydrophobic, meaning that it has much less difficulty staying in place and isn’t disturbed or washed away by moisture. Once applied over the wound, the surgeon shines a UV light onto the glue which causes it to polymerize, essentially changing it from a viscous liquid state into a flexible solid in mere seconds.

“The problem we were trying to solve was the design of an adhesive strong enough to withstand blood and constant movement, with a minimally invasive application procedure,” CEO Christophe Bancel explained.

Specifically, Tissium’s Setalum glue was inspired by the Californian sandcastle worm. As its name suggests, this marine worm is famous for its ability to secrete an adhesive that it uses to glue particles of sand together, allowing it to build protective sandcastle-like tubes. This adhesive secretion has been perfected through millions of years of evolution to set quickly and also to work in wet environments without difficulty – an ideal design to copy for a surgical glue. 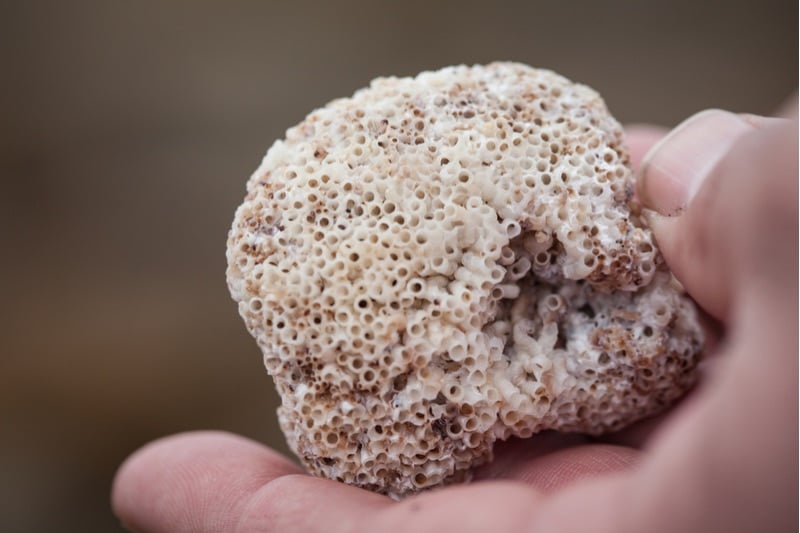 So far, Setalum’s results have been very promising. A recent clinical trial of 22 patients receiving a carotid endarterectomy (a procedure to remove plaque in the carotid artery to reduce the risk of stroke) demonstrated that the use of Setalum resulted in immediate sealing of the incision in 85% of patients.

Bancel sees Setalum as being only the first of a range of polymer products for use in tissue reconstruction that Tissium hopes to bring to patients. “Setalum is the first of its kind in the bio-inspired category, and it’s just the first step in the process of establishing the company as an innovator in support of better healing.”

Evolution has scattered time-tested designs across the biosphere. From jellyfish blooms, to tropical rattan plants, to marine worms, inspiration can be found almost everywhere. It is clear that when it comes to biomimicry, we’re limited only by our curiosity of the natural world.

Farhan Mitha is a science communicator based in the UK, with a background in biology and science policy. When he’s not writing about science he’s performing stand-up comedy and then complaining about the gig minutes later on his twitter account @FarhanMitha.

Images via Jellagen, GreenBone, and Gecko Biomedical, cover image by E. Resko. This article was published on September 2018 and has since been updated.

Mapping the cannabis genome to improve crops and health