An international research team has found a new type of T-cell that could lead to cell immunotherapies able to treat cancers beyond the reach of current CAR T-cell therapies.

Market-approved CAR T-cell therapies including Yescarta and Kymriah have revolutionized cancer treatment by modifying immune T-cells to hunt down cancer cells. However, these treatments are only approved to treat rare forms of blood cancer.

An international team led by scientists based at Cardiff University, UK, has found a new type of T-cell that could form the basis of a therapy for many types of cancer. According to a study published in Nature Immunology, a cell therapy based on these T-cells doubled the survival time of mice with leukemia, and killed melanoma cells in vitro.

“If this transformative new finding holds up, it will lay the foundation for a ‘universal’ T-cell medicine, mitigating against the tremendous costs associated with the identification, generation, and manufacture of personalized T-cells,” stated Awen Gallimore, Professor at Cardiff University, who was not one of the study authors.

The key advantage of the newly discovered cells lies on proteins called T-cell receptors, or TCRs, which are located on the surface of the cell and are responsible for identifying and killing cancer cells. Unlike regular TCRs, which scan a surface molecule on cells called human leukocyte antigen (HLA), the TCRs of the new cells target a different cell surface protein called MR1. MR1 is found on a wide range of cancer cells, so targeting this protein could treat many types of cancer.

Another advantage of the new cell therapy is that it wouldn’t need to be personalized to patients as many current experimental TCR cancer immunotherapies do. This is because many TCR therapies target HLA, whose structure often differs from person to person, whereas MR1’s structure does not. 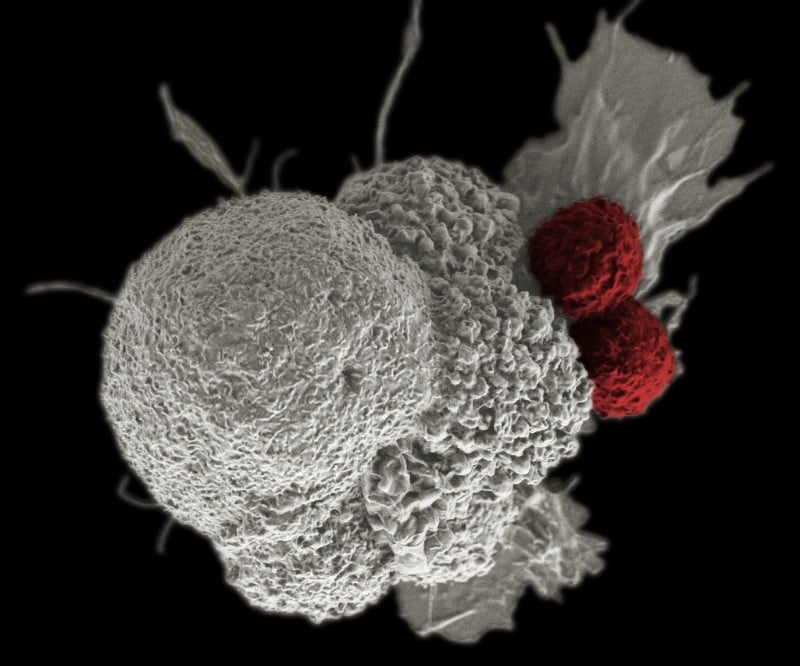 A key aspect of MR1 is that the protein reveals the metabolic ‘signature’ of the cell that is being scanned by the immune cells. Therefore the researchers believe that their T-cells leave healthy cells expressing MR1 unharmed because the immune cells can ‘smell’ the metabolic signature of cancerous cells.

The researchers now aim to test a therapy in humans for the first time at the end of 2020.

“There are plenty of hurdles to overcome. However, if this test is successful, then I would hope this new treatment could be in use in patients in a few years’ time,” stated Andrew Sewell, Professor at Cardiff University’s School of Medicine, and the lead author of the study.