The coronavirus strain called 2019-nCoV has been causing widespread illness in China, with 28,276 affected by the virus and over 565 deaths worldwide, mostly in China. As of now, it is already more deadly than the SARS epidemic that raged between 2002 and 2004.

The first death in Hong Kong, just across the sea from mainland China, has been reported. Cases of 2019-nCoV have been reported in 25 countries the world over. Yet the World Health Organization (WHO) says it isn’t yet a pandemic. So, the question arises – what is a pandemic? 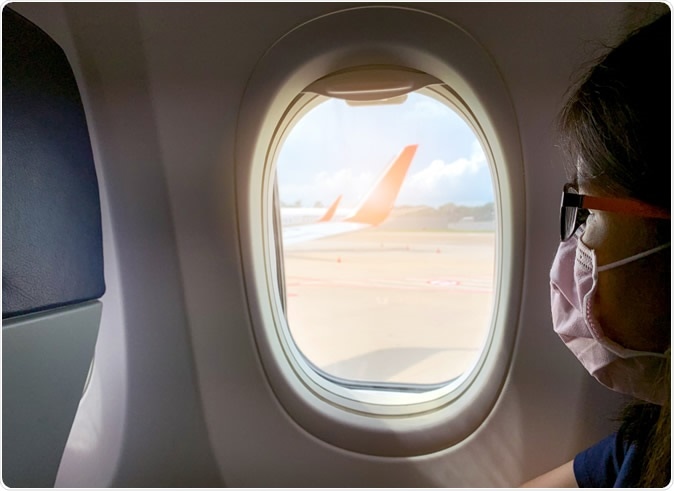 What is a pandemic?

A pandemic is defined by the outbreak of a disease, that is, an epidemic, that occurs across international borders to cover a wide region. Both mild and severe diseases can occur across a wide geographic area, and both can cause pandemics.

A pandemic typically affects a lot of people, because they are occurring across such a wide distribution. The importance of declaring a disease outbreak a pandemic is that it reflects the need for isolation of sick people to contain the disease.

Even though many countries have now reported cases, including nearby countries like India and distant ones like Australia, the overwhelming majority were in China. Patients in other countries had a history of travel to China or contact with infected people in China or infected travellers from China. An outstanding exception is Indonesia, which is yet to report a single case despite its geographical position.

In one example, a bunch of people were infected by one of their colleagues who had come back from China, and one of these people then passed it to one of their children. Despite this, the person-to-person spread isn’t happening widely or rapidly. 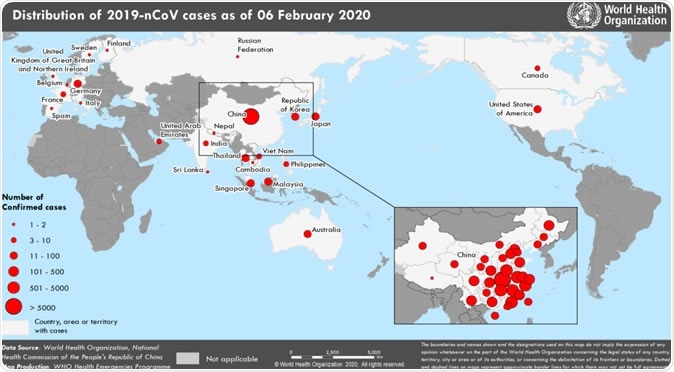 Countries, territories or areas with reported confirmed cases of 2019-nCoV, 6 February 2020. Credit: WHO

The importance of transmission

The most important thing about an outbreak is not whether it is an epidemic or a pandemic, but the manner and speed of local spread that is happening and how people are responding to it. This will decide the odds of spread.

In the present case, healthcare professionals in the clinical and public health domain will keep doing their best as they have been doing over the last four weeks. Case identification and diagnosis will keep on happening on a war footing. This will be followed immediately by isolation of the sick to keep the illness from spreading to their close contacts.

Meanwhile, public health experts will collate the data to trace the path of the epidemic and take preventive action to keep the virus from spreading further along that track. This includes tracing contacts to find new cases very early in their symptomatology. Masks and frequent handwashing are key in preventing spread through droplet infection, they stress.

In the meantime, the 2019-nCoV outbreak has been under containment measures since at least a month, with the whole city sealed off and people traveling to certain areas being placed under quarantine. Due to the spread of infection beyond Chinese borders the WHO has declared this a Public Health Emergency of International Concern on January 30, 2020. This is to pave the way for smoother sharing of information and public health efforts worldwide. To do this, the disease need not be called a pandemic.

And the WHO warns against sealing official routes across the borders, which only drives illegal crossings, and makes it much more difficult to screen those who cross for infection.

Research and development – the solution

Simultaneously with public health and clinical efforts to contain and treat the infection, biotechnology companies are racing to find new diagnostic, therapeutic and preventive technologies specific for this virus. Diagnostic tests for 2019-nCoV are still far from perfect. Vaccines have not yet been developed. There’s plenty of work to do.

Among them, some are working on a universal vaccine, which detects unique antigens on the cell surface of many different kinds of harmful microbes and then uses an antibody against the immutable or unchanging parts of these microbes to mount a broad-based immune response that takes care of any and all of these pathogens.

Early trials show the vaccine capable of reacting against all 39 strains of the influenza virus to hit the world over the last 100 years, including all the H1N1 strains. If validated, the technique will help create any antiviral vaccine rapidly and safely.

Another project is delivering neutralizing antibodies which will be made within the patient’s own cells rather than being supplied from outside. These researchers are aiming at epidemic-ready countermeasures within 60 days of isolation of any new virus.

Many other companies are collaborating to roll out vaccines against the virus, some with completed Phase I trials which indicate the safety of the vaccine candidate.

Other firms are working on synthesizing the genes of 2019-nCoV to push vaccine and therapeutics development forward. One also offers a qRT-PCR test that measures the amount of this virus in the sample, based on the detection of specific DNA strands. This test is being offered freely for research on the virus.

Yet another company has come up with a CRISPR/Cas9 gene editing system that can rapidly diagnose the presence of 2019-nCoV within a maximum of 2 hours on an outpatient basis. This is expected to be available within weeks provided there are enough human samples on which to carry out the testing. They claim unsurpassed speed and accuracy for this test, which should make it a game-changer.

Pfizer to Develop Akcea/Ionis Antisense Candidate for Up to $1.5B