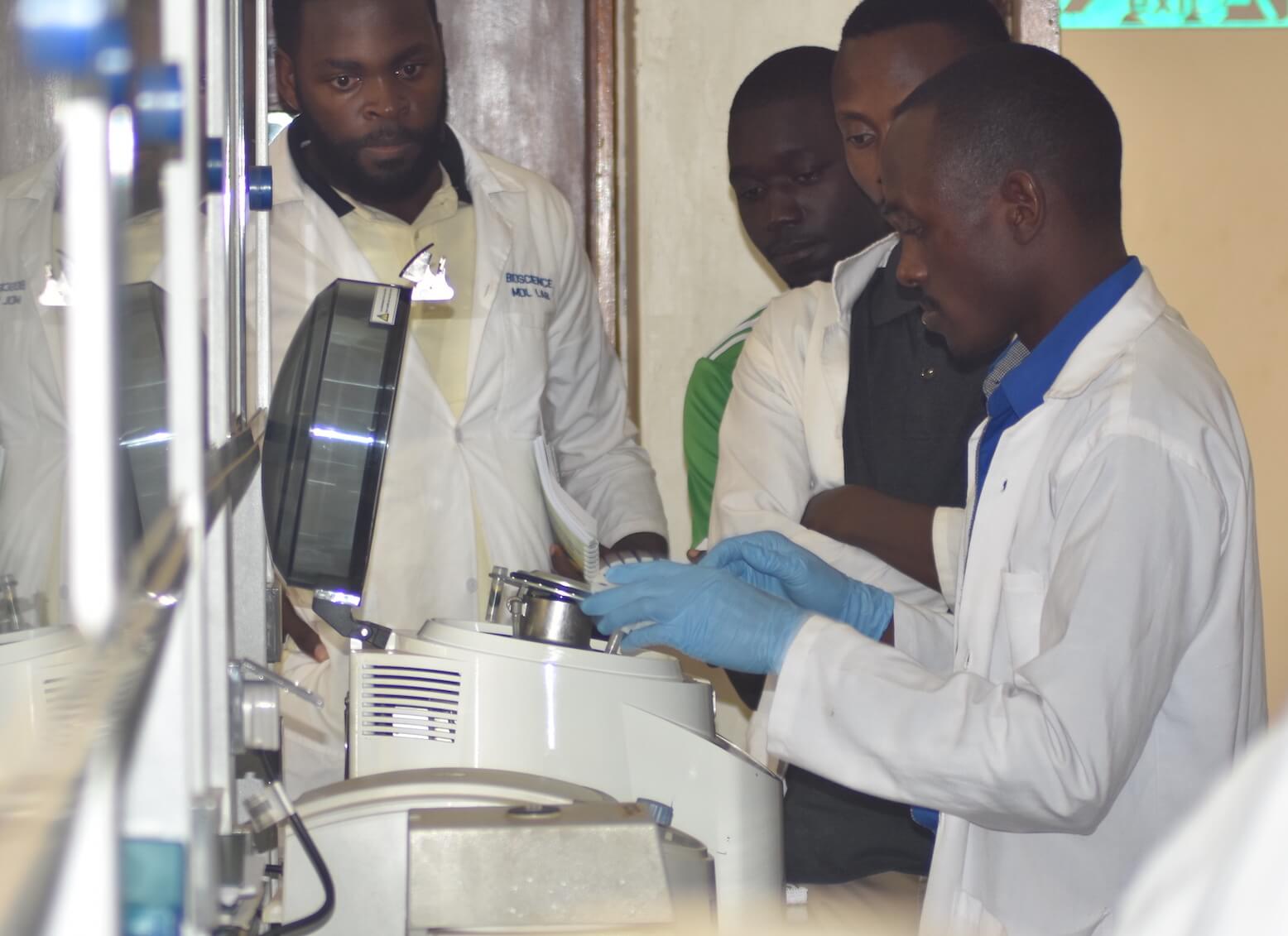 Participants visited confined field trials of genetically modified (GM) crops and Uganda’s national biotech laboratories, where research is underway on both GM crops and livestock.Researchers in Uganda have been using GM technology to develop crops that are resistant to pests and diseases, such as drought-tolerant and insect-resistant maize, banana resistant to the virulent Banana Bacteria Wilt (BBW) disease, potatoes resistant to late blight disease and cassava resistant to cassava brown streak disease (CBSD). Other crops have had their nutritional content enhanced.Dr. Barbara Zawedde, UBIC coordinator, said that by training teachers in biotechnology, generations of students would learn about modern biotech practices and their application in farming.

Pascal Ssentamu, a teacher at St. Joseph School in Nsambya, attended the training and said it exposed him to facts that helped him make better sense of terms like genetic engineering and GMOs.

“What you read in the newspaper means something different than what the science actually shows,” he explained. “GM is not at all what I had thought it was.”

His takeaway was shared by Silverine Birabwa, a teacher of chemistry and biology at the elite Gayaza High School in Kampala. She said she had erroneously believed that the hybrid bananas sold in Kampala food markets were GMOs.

“All along I thought all these improved crop varieties are GMOs,” she said, echoing a common misperception among many people in Uganda.

Birabwa said that after learning how GM technology helps provide resistance to pests and diseases, she’s now a supporter. She thinks the technology should be widely adopted by Ugandan famers since it would limit the use of harmful insecticides.

She said she plans to incorporate some of what she learned at the week-long training into her biology class.

Ssentamu said he also planned to use some of his new knowledge in his teaching. He went on to say that he supported any new technologies that could help improve agricultural productivity, particularly considering that Uganda’s population is increasing and soils are losing their fertility.

“We want to try to popularize modern technologies in our schools,” he said. “GM is a major tool that can be used in solving many of our farming challenges, as much of our agriculture is still based on old technology.”

He said the training taught him about artificial insemination, cloning, tissue culture and the transfer of cells, all topics he plans to discuss with his students.

Zawedde added that she hoped many of the students would share what they learn with their parents and even go on to pursue careers in science themselves one day.

“Teachers and publishers should present domesticated technologies with content that is relevant and locally tested,” she said. “We brought them here to see how we develop and apply these technologies.”

Seaweed and kelp have potential to provide great money-making opportunities

When is sexting associated with psychological distress among young adults?