Diabetes is characterized by elevated levels of blood sugar and is tied to various health complications. The condition is a global health issue with the number of people with diabetes increasing from 108 million in 1980 to 422 million in 2014.

A new study in mice might help in the development of new therapies to treat and reverse diabetes.

A team of researchers at the Washington University School of Medicine in St. Louis have converted human stem cells into insulin-producing cells, controlling the blood sugar levels of laboratory mice. Within just nine months, the mice had been cured of diabetes, hinting that the procedure may be used in humans to cure diabetes.

Published in the journal Nature Biotechnology, the study shows promise in the treatment of chronic diabetes, especially in people with poorly controlled blood sugar levels. The findings of the study could pave the way for developing a novel therapy for treating type 1 and type 2 diabetes. 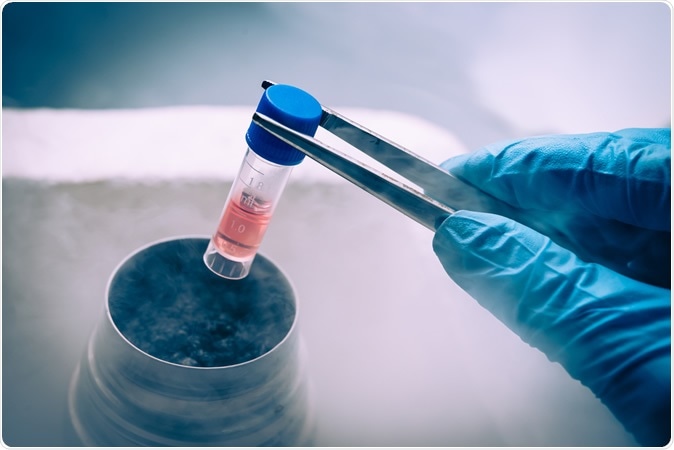 The use of human stem cells has shown promise in various fields in medicine. The current research was build up from a previous study, wherein the same researchers have found that they can convert human stem cells into pancreatic beta cells to produce insulin. The cells, when they encounter blood sugar, release insulin. In turn, it will control blood sugar levels, even when the patient has a faulty pancreas and a low supply of insulin.

Insulin is a hormone made by the pancreas allowing the body to use glucose or sugar from carbohydrates in the food or to store it for future use. It also maintains blood sugar levels in the body, preventing it from shooting up (hyperglycemia) or going too low (hypoglycemia).

In the current study, the researchers have shown a new method that can more effectively convert human stem cells into insulin-producing cells that can efficiently control blood sugar. The team found that fewer ‘off-target’ cells were produced, and the beta cells that were made had improved function.

The new method targets the cells’ internal scaffolding, dubbed as the cytoskeleton, which gives the cell its shape and allows the cell to interact with the environment.

“The more off-target cells you get, the less therapeutically relevant cells you have. You need about a billion beta cells to cure a person of diabetes. But if a quarter of the cells you make are liver cells or other pancreas cells, instead of needing a billion cells, you’ll need 1.25 billion cells. It makes curing the disease 25% more difficult,” Jeffrey R. Millman, Ph.D., an assistant professor of medicine and biomedical engineering at Washington University, head researcher, said.

A thorough understanding of the process allowed the team to make more beta cells, which work efficiently across stem cells from different sources.

Though the results of the study are promising, more work is needed to be done before the new technique can be used to treat humans with diabetes. Many tests are crucial, like testing the cells for more extended periods in larger animal models. However, the research is ongoing, and soon, there will be no more insulin shots for people with diabetes, if the results are indeed promising.

The global burden of diabetes

Diabetes is a chronic disease that occurs when the pancreas does not produce adequate levels of insulin, or the body cannot effectively use insulin. Insulin is an important hormone that regulates blood sugar levels, the World Health Organization (WHO) reports.

In 2014, about 8.5 percent of people older than 18 years old had diabetes, and two years after, diabetes was the direct cause of about 1.6 million deaths. In 2012, high blood sugar levels were the cause of another 2.2 million deaths.

Diabetes is a significant cause of complications such as blindness, heart attacks, kidney failure, lower limb amputation, and stroke.