When it comes to fighting a fast-spreading pandemic, speed is critical.

Researchers at Northwestern and Cornell Universities have developed a new platform that could produce new therapies more than 10 times faster than current methods. The secret behind the platform’s unmatched speed is an unlikely tool: bacteria.

After taking the molecular machinery out of bacteria, the researchers then use that machinery to make a product, such as therapeutics, in a safe, inexpensive and rapid manner. The idea is akin to opening the hood of a car and removing the engine, which allows researchers to use the engine for different purposes, free from the constraints of the car.

Through their startup company, SwiftScale Biologics, the Northwestern and Cornell researchers are working to mass produce a promising antibody therapy developed by an outside biotherapeutics company. The antibody binds to the part of the coronavirus that infects the host cells, stopping it in its tracks. 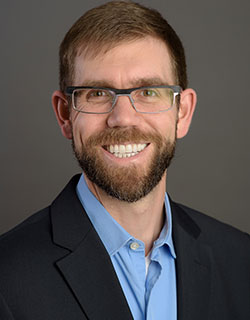 “Everything is moving so incredibly fast, and this is an urgent problem,” said Northwestern’s Michael Jewett. “We believe that cell-free biomanufacturing can cut production times of antiviral medicines to the timescale of just a few months rather than closer to a year. This could help us address the current outbreak.”

The team had been using the synthetic biology-based platform to mass manufacture potential protein therapeutics for cancer. But it quickly pivoted to leverage the technology to help address the novel coronavirus (COVID-19) pandemic, for which no reliable treatment yet exists.

“Since the COVID-19 outbreak, we have dedicated nearly all of our resources to producing an antiviral therapy to fight it,” Jewett said. “Specifically, we are designing simplified antibody-based drugs that can be produced in bacteria rather than mammalian cells, which are far slower and more expensive to scale. In this way, we believe that we will be able to get a COVID-19 treatment into the clinic and ultimately to affected patients worldwide more quickly while increasing access.”

The SwiftScale Biologics team is currently engineering bacterial strains with increased production levels of previously discovered SARS-CoV antibodies as a test case. Next week, the team will test the bacterial strains to produce antibodies for COVID-19. This material will be used for animal studies to confirm the drug’s safety before entering human clinical trials, potentially as soon as this summer.