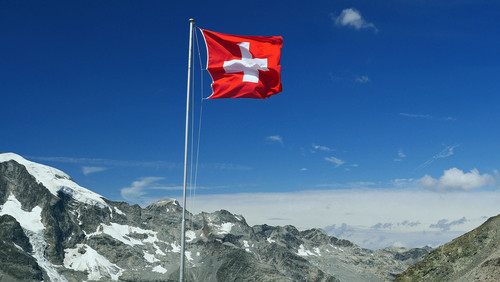 Last year, the biotechnology sector in Switzerland has continued its growth and proved to be a magnet for fresh capital and investment. This is revealed by the Swiss Biotech Report 2020.

Michael Altorfer, CEO of the Swiss Biotech Association, would have been only too happy to present the strong industry figures at the Swiss Biotech Day. Due to the coronavirus pandemic, the leading Swiss biotech conference planned in Basel was postponed to September 15 – and the Swiss Biotech Report 2020 was presented online instead.

The Swiss Biotech Association publishes the report in collaboration with EY and seven other partners. The bottom line: Embedded in one of the world’s most comprehensive life sciences ecosystems, Swiss biotechnology continued to thrive and was able to score points again last year with growing revenues and a strong and diverse financing environment.

The total number of employees in the 250 biotech and 62 supplier companies rose by 5% to 15,070. 40 start-ups were founded. And investment in research and development climbed by 7% to around CHF 2 billion. The Swiss biotech industry generated overall revenues of CHF 4.8 billion in 2019, CHF 800 million more than in the previous year. This boost in revenues was mainly driven by favourable collaboration and licensing agreements for AC Immune, Basilea and CRISPR Therapeutics, as well as higher revenues for those biotechs already selling products/services in the market.

The importance of the industry to the country is underpinned by exports of pharmaceutical and biotechnology products: In 2019, they accounted for about 40% of total Swiss exports. “The great strength of the Swiss biotech sector is its continuity. There is constant growth and we continue to succeed in attracting specialists and young talents to Switzerland,” Altorfer emphasised in an interview with European Biotechnology.

In 2019, CHF 1.2 billion was invested in private and public biotech companies, significantly less than in the previous two record years, but still above the CHF 1 billion mark. The sum was divided almost equally between public and private companies. The funding environment was boosted by new specialized Swiss based funds such as Medicxi, ND Capital, Pureos Bioventures, and Bernina BioInvest together with an ever-increasing number of foreign funds. However, there were no IPOs in 2019. “The financing landscape is now so broadly based that the pressure to go public has decreased,” suggests Altorfer.

He underlines the Swiss biotech ecosystem has become even more diverse. “Further gaps in diversity have been closed and capacities expanded.” For example, multinational biopharmaceutical companies such as Biogen, CSL Behring, Novartis and Merck have invested heavily in expanding production capacities for the increasing number of approved complex biologics and cell therapies. In addition, companies such as SOPHiA Genetics, BC Platforms, Genedata, Insphero, GenomSys and SimplicityBIO are increasingly exploiting the possibilities of artificial intelligence.

“These companies make up new segment, as they are tapping and analysing data pools and thus substantially changing clinical development and the design of studies,” explains Altorfer. A patent analysis for the Swiss Biotech Report shows how dynamically the scene is developing. According to the report, there are already more than 3,000 patent families globally that represent an overlap of artificial intelligence and biotechnology.

Of course, the current corona crisis was also a topic at the presentation of the industry figures. According to Altorfer, two dozen Swiss biotech companies are investing resources in the development of diagnostics, therapies or vaccines to combat the corona virus pandemic. At the same time, the restrictions currently in place are delaying data collection and timelines in preclinical and clinical projects. Another challenge for the Swiss biotech sector is that most companies do not have access to emergency aid loans, as companies have to show revenues figures for these. For about 80% of Swiss biotechs, this is not the case. Altorfer said there were ongoing discussions with federal and cantonal authorities to come up with solutions to mitigate the consequences of the pandemic.

Common member of the gut microbiome found to have specific preference...