Researchers report the development of a sensitive and specific assay to detect different serotypes of Salmonella, paving the way for rapid serotyping directly from specimens. This improvement upon current testing methods can play a critical role in quickly tracing the origin of the infection. The report appears in The Journal of Molecular Diagnostics, published by Elsevier. 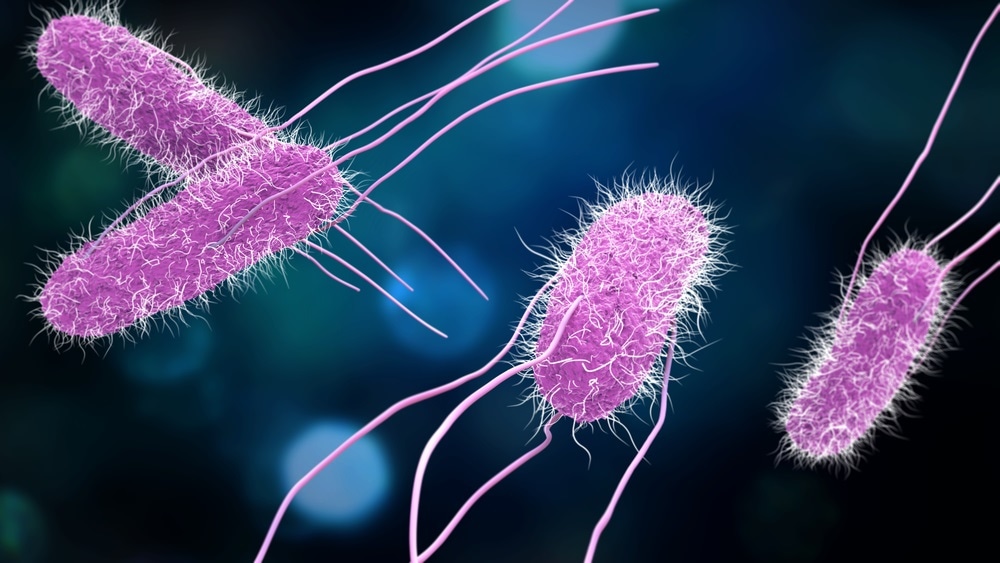 Recent data from the Centers for Disease Control and Prevention (CDC) indicate that food poisoning caused by Salmonella bacteria leads to 1.35 million infections, 26,500 hospitalizations, and 420 deaths in the United States per year. During an outbreak, the speed and simplicity of a test to detect specific types of bacteria are important for public health investigators to track down the source.

“Salmonella in a clinical or food sample may be present in very small amounts and thus requires very sensitive methods to detect them. Multiple cross-displacement amplification (MCDA) is a method that can detect very small amounts of DNA rapidly and is also performed at a single constant temperature, in contrast to the cycling of temperatures required in other methods such as PCR.

“This makes it a good fit for a simple, rapid, and sensitive bacterial detection test. Although an MCDA test for any Salmonella already exists, it does not distinguish between different serotypes,” explained Professor Ruiting Lan, PhD, of the School of Biotechnology and Biomolecular Sciences at the University of New South Wales, Sydney, NSW, Australia.

The investigators developed an MCDA assay for each of the seven serovar (subtype)-specific targets of Salmonella. All of these assays accurately detect as few as 10 copies of DNA and can produce results in approximately eight minutes. Importantly, these assays do not require specialized detection equipment, simplifying any future application in clinical or industrial settings. By combining these seven serovar-specific assays with the existing species assay, Salmonella detection can be simplified and accelerated.

The assays developed in this study are unique because the gene markers used were selected based on analyzing thousands of genomes. Thus, these markers future proof Salmonella serotyping in the era of culture-independent diagnostic testing.”

Although there are hundreds of Salmonella serovars, the authors chose the five most commonly occurring in Australia, which cause more than 85 percent of Salmonella infections in that country. However, at least two of these serovars are also the top Salmonella serovars throughout the world, therefore the researchers believe the results are applicable to other geographic regions.

Salmonella bacteria typically live in animal and human intestines and are shed through feces. Humans may become infected by ingesting contaminated water or food such as raw or undercooked meat, poultry, eggs, or egg products. Possible signs and symptoms of Salmonella poisoning include nausea, vomiting, abdominal cramps, diarrhea, fever, and headache.

BGI discovery could pave the way for advances in organ regeneration...