As scientists across the globe race to find an effective treatment for the novel coronavirus, a team of scientists believe that a four-year-old llama named Winter may hold the key to fight the coronavirus disease (COVID-19).

A team of international researchers reports that two copies of a special kind of antibody produced by llamas can generate a new antibody that can attach tightly to a key protein on the novel coronavirus, the severe acute respiratory syndrome coronavirus 2 (SARS-CoV-2).

In the paper, published in the journal Cell, the scientists said a fragment found in a four-year-old wooly camelid’s antibodies seem to tightly bind to the proteins of the novel coronavirus and neutralize it. This means that the antibodies, also known as nanobodies, can help in the battle against COVID-19, which has sickened more than 3.84 million people.

Over the past years, scientists were already looking into the role of the llamas and their antibodies as potential treatments for other diseases caused by coronaviruses, such as the severe acute respiratory syndrome (SARS) and the Middle East Respiratory Syndrome (MERS), which caused outbreaks in 2002 and 2012, respectively.

In the past, the scientists focused on spike proteins, which allow the virus to bind to and enter host cells, triggering an infection.

“That makes them potentially really interesting as a drug for a respiratory pathogen because you’re delivering it right to the site of infection,” Daniel Wrapp, a graduate student in McLellan’s lab and co-first author of the paper, said. 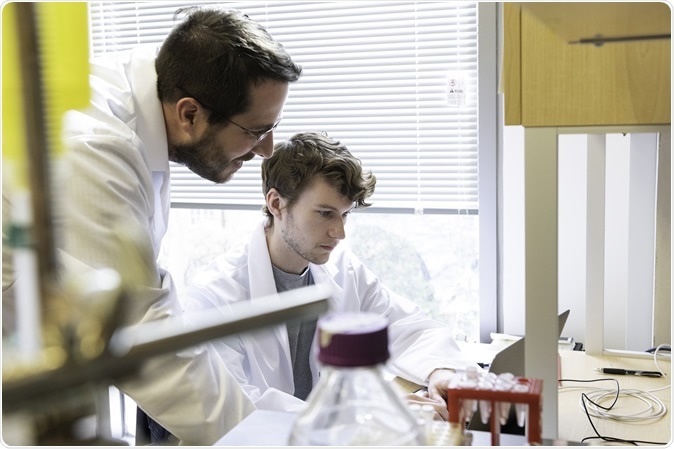 Winter, the four-year-old llama, was studied by the researchers in 2016 when they were conducting experiments on two earlier coronaviruses, the SARS-CoV-1 and the MERS-CoV. The team injected Winter with stabilized spike proteins from the viruses spanning six weeks. 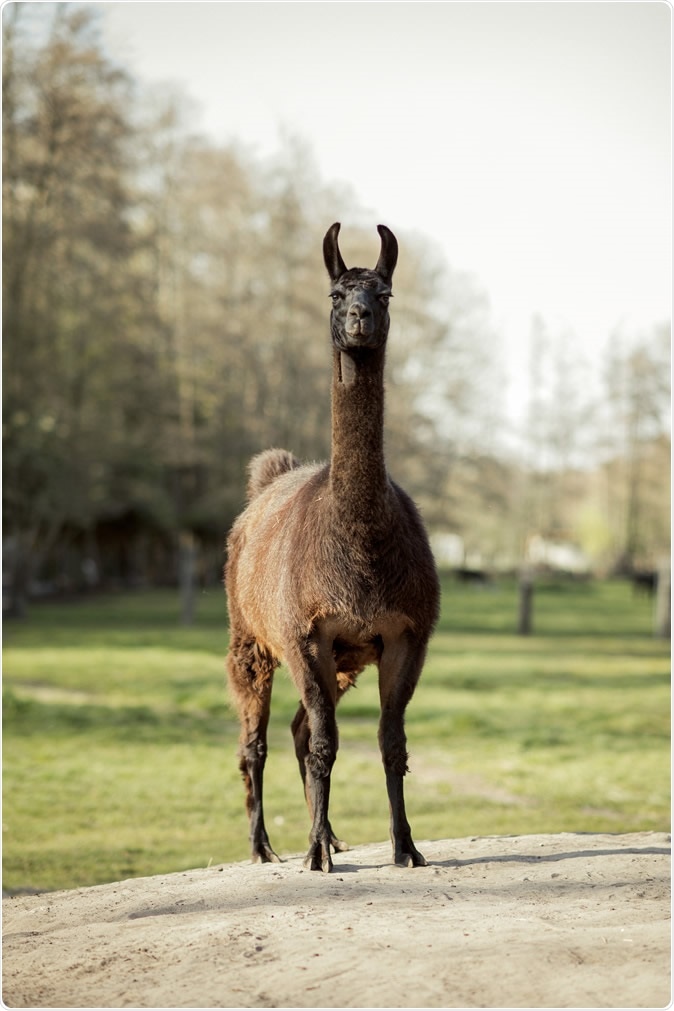 Scientists were inspired by antibodies produced by this llama, named Winter, to develop their antibody against SARS-CoV-2. Winter is four years old and still living on a farm in the Belgian countryside operated by Ghent University’s Vlaams Institute for Biotechnology. Photo credit: Tim Coppens.

After, the team collected blood samples and isolated the antibodies that are bound to each version of the spike protein. In the cell culture, one antibody has shown promise in stemming a coronavirus that relies on spike proteins from SARS-CoV-1. In the present study, the team produced a new antibody, but now for the novel coronavirus. They attached two copies of the antibody from the llama, which was effective against the SARS virus.

In the previous research, Winter’s antibody has neutralized both SARS-CoV-1 and MERS-CoV over six weeks. Fortunately, the antibodies from Winter, which were extracted four years ago, also staved off SARS-CoV-2, the virus that is now actively spreading and causing COVID-19. 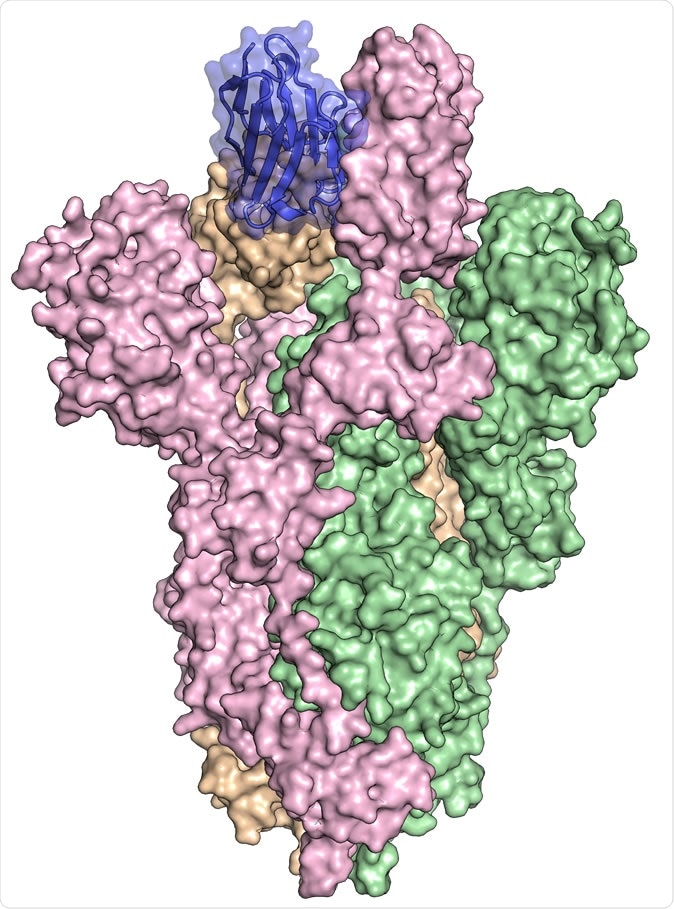 Inspired by a special kind of antibody produced by llamas, researchers created a synthetic antibody dubbed VHH-72Fc (blue) that binds tightly to the spike protein on SARS-CoV-2 (pink, green and orange), blocking the virus from infecting cells in culture. The spike protein structure was discovered by part of the same research team and published in the journal Science on February 19, 2020. Image credit: University of Texas at Austin.

“Because of the current lack of treatments for MERS, SARS, and COVID-19 and the devastating effects associated with pandemic coronavirus outbreaks, both prophylactic and therapeutic interventions are sorely needed,” the researchers wrote in the paper.

The breakthrough in COVID-19 treatment can provide immediate protection against the pathogen, especially for frontline workers and those who are vulnerable to the illness, such as older adults, those with underlying medical conditions, and those who are immunocompromised.

“Vaccines have to be given a month or two before infection to provide protection. With antibody therapies, you’re directly giving somebody the protective antibodies and so, immediately after treatment, they should be protected. The antibodies could also be used to treat somebody who is already sick to lessen the severity of the disease,” Jason McLellan, professor of molecular biosciences at UT Austin and co-senior author of the paper, said.

Though the treatment is promising, there is still a lot of work needed to use it in clinics and hospitals. Further research and trials are essential to ensure their safety and efficacy.