In the race for a vaccine to halt the ongoing coronavirus disease (COVID-19) pandemic, several candidates were put forward, and some already entered clinical trials. However, there is no guarantee that any of them will ultimately pan out. Thus the quest for a perfect vaccine candidate is far from over.

A modern approach that could help is immunoinformatics, otherwise known as computational immunology. It is a sub-field within bioinformatics that represents an interface between computers, science, and experimental immunology.

Not only immunoinformatics can handle a swath of data, but it can inform novel and helpful hypotheses concerning immune responses. Consequently, the methods of computational immunology have already been used for designing in silico vaccination, as well as cancer diagnosis and treatment.

Consistent with the ongoing global efforts, researchers from Sudan, the Republic of Seychelles, and Turkey aimed to propose a potential COVID-19 peptide-based vaccine utilizing the nucleocapsid phosphoprotein and spike glycoprotein and informed by immunoinformatics approach. 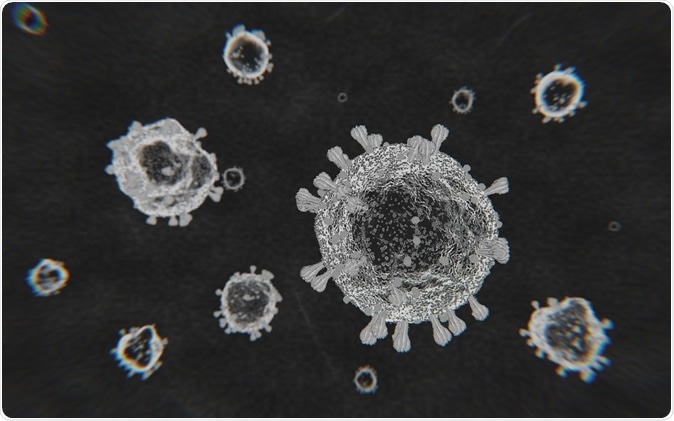 Since the development of a successful vaccine basically relies on selecting the most antigenic constituents coupled with the optimal approaches, SARS-CoV-2 nucleocapsid phosphoprotein, and spike glycoprotein was selected as prime targets.

In this study, a total of a hundred nucleocapsid phosphoprotein and spike glycoprotein sequences were retrieved from the National Center for Biotechnology Information (NCBI) database and aligned using the ClustalW matrix-based algorithm to pinpoint the conserved regions between sequences.

B-cell peptides were predicted from the conserved regions using the linear epitope prediction tool known as ‘BepiPred-test’ (which is basically a machine learning tool), while their surface accessibility was predicted by employing Emini Surface Accessibility tool to calculate scores of predicted linear epitopes.

Kolaskar and Tongaonker method were used for antigenic site prediction, the Artificial Neural Network (ANN) method for T-cell peptide prediction. At the same time, the population coverage tool was utilized to predict the percentage of peptides binding with various major histocompatibility complex (MHC) I and II alleles.

All of the tools mentioned above are a part of the collection for the prediction and analysis of various antigenic determinants known as Immune Epitope Database (IEDB) – a freely available catalog of immune epitopes funded by the US National Institute of Allergy and Infectious Diseases.

Interaction between the predicted peptides and the MHC molecules were simulated and predicted with the use of molecular docking studies that depended on the calculation of the binding free energy. Various three-dimensional models were finally created to visualize all interactions.

The peptide design by using the above described immunoinformatic approaches has been achieved through multiple steps, which entails the prediction of B-cell and T-cell peptides, antigenic sites, the surface accessibility, as well as population coverage. Furthermore, after selecting the candidate peptides, their interaction with MHC molecules was simulated, and their safety predicted.

The tests on the nucleocapsid protein predicted 46 peptides that could interact with 2-4 MHC II alleles. The total population coverage percentage of the promising peptides exceeded 98%, which is a rather auspicious result. Also, this study has not found any definitive evidence of potential peptide toxicity.

“Due to the respectable antigenicity of the nucleocapsid and spike glycoprotein, they are appropriate targets for vaccine design”, explain study authors. “The peptide vaccines are sufficient to stimulate cellular and humoral immunity without allergic responses,” they add.

In a nutshell, selected peptides were predicted as non-allergenic and non-toxic – therefore, their combination may stimulate an improved immunological response and provide better infectious disease prevention. This could result in a rather promising peptide cocktail vaccine candidate.

“Since the study is an in silico predictive work, further experimental studies are recommended to validate the obtained results,” conclude study authors. And indeed, there is a long way from computer simulations to a finalized product that can enter various phases of clinical testing; nonetheless, these early insights are encouraging.

bioRxiv publishes preliminary scientific reports that are not peer-reviewed and, therefore, should not be regarded as conclusive, guide clinical practice/health-related behavior, or treated as established information.

Microbiomes of Lab Mice Take a Walk on the Wild Side

New method for detection of microcystins and nodularin in human urine