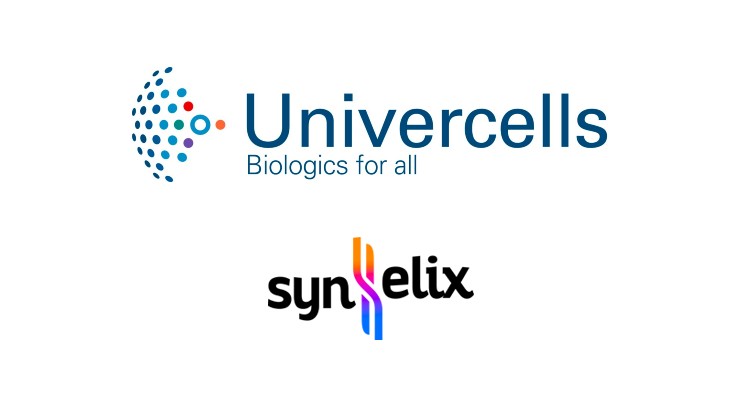 Univercells S.A. has acquired SynHelix, a biotechnology company that aims to debottleneck biotherapeutics development through a robust, scalable and automated DNA synthesis technology resulting in one-step generation of long DNA fragments, in large quantities, with high purity, in a cGMP -compliant setup.

SynHelix’s offering will complement the RNA platform being developed by Quantoom Biosciences SA (Quantoom), the Univercells affiliate that is developing an end-to-end RNA production technology.

SynHelix has been supported until now by AdBio partners, a French life sciences venture capital firm. Following the transaction,  SynHelix will become Quantoom Research Center, a separate legal entity and new affiliate of the Univercells Group, established in France. Both the founders of SynHelix and AdBio will subsequently become minority shareholders of Univercells.

Alain Huriez, chairman and managing partner of AdBio partners said, “By investing in December 2019, we were the first venture capital firm to believe in SynHelix’s disruptive technology and to bet on the intelligence and ingenuity of its scientific founders, Irina Gbalou and Ahmed Said. The confirmation of the potential of the SynHelix technology was soon beyond our expectations and it was time to offer the company the fastest and most agile industrial development opportunity, as well as the possibility for its founders to continue innovating in a supportive environment. Univercells met all the criteria of an ideal industrial partner and we are thrilled to have contributed to this transaction, fulfilling our role as a company builder.”

Headquartered in Evry-Courcouronnes, France, SynHelix develops a technology that is an alternative to DNA amplification on bacteria , which requires large and expensive industrial facilities, as well as complex processing and quality control steps for very low yields. SynHelix plans to transfer this technology to the Quantoom’s automated platform, integrating a ‘new generation DNA bioreactor ‘ that will provide record benefits in productivity and costs, both for R&D and production needs.

SynHelix is part of Genopole, France’s leading biocluster and incubator for excellent biotechnology projects, offering a unique environment for researchers and entrepreneurs who want to innovate and advance research.

Contributing to the Growth of the Synthetic Biology Market

In 2020, synthetic biology investments reached a new record of nearly $8 billion, as gene , RNA and DNA therapies have grown rapidly over the past decade. The need for rapid, cheap, multiplex modification of genomes and ongoing research activities are expected to drive future growth. As part of Univercells and a key contributor to Quantoom’s innovation, SynHelix’s ambition is to contribute to this market growth with its innovative technology.

Univercells will use its new outpost to strengthen partnerships within the French biotech ecosystem. The recently announced commitment of the French government to promote and expedite the biotech sector contributes to the attractivity of the SynHelix acquisition. Moreover, Univercells aspires to expand its European footprint related to existing products and services beyond its home country of Belgium, into France, in the near future.

José Castillo, CEO of Quantoom Biosciences, said: “The development of SynHelix’s synthetic DNA production platform is highly complementary to Quantoom’s flagship RNA platform, as linear DNA is one of the critical inputs of RNA production. This deal will unlock expertise, knowledge and IP on de novo DNA synthesis, where the SynHelix team holds valuable experience.”

Castillo continued, “Both companies’ founders, employees and investors share the same vision and mission, aiming at making new and complex biopharmaceuticals available to all and firmly believe in technology-driven affordability. In addition, the acquisition enables us to tap into the dynamic French biotech ecosystem.”

Irina Gbalou, CEO and co-founder of SynHelix added, “This acquisition is the result of a common vision: to bring flexibility and affordability to biologics development by combining expertise in innovative bioproduction methods. The SynHelix team is looking forward to working alongside Quantoom’s strong scientific, development and management teams to advance the next-generation vaccines production platform. Considering the prospects for Univercells growth, we are convinced that our work will have a major leverage effect on the field of gene therapy and synthetic biology.”Source

Understanding the Role of Polyfunctional Immune Cells in Cancer and Other...